At the start of June, OUKITEL began the pre-orders of the K10000 Pro smartphone. The company is just released a phone in the market and now it is gearing up to launch another phone called OUKITEL U22. It is not just any other smartphone, but it is the world’s first smartphone that features four cameras. The full specifications of the OUKITEL U22 have surfaced which indicates that its release date is fast approaching. 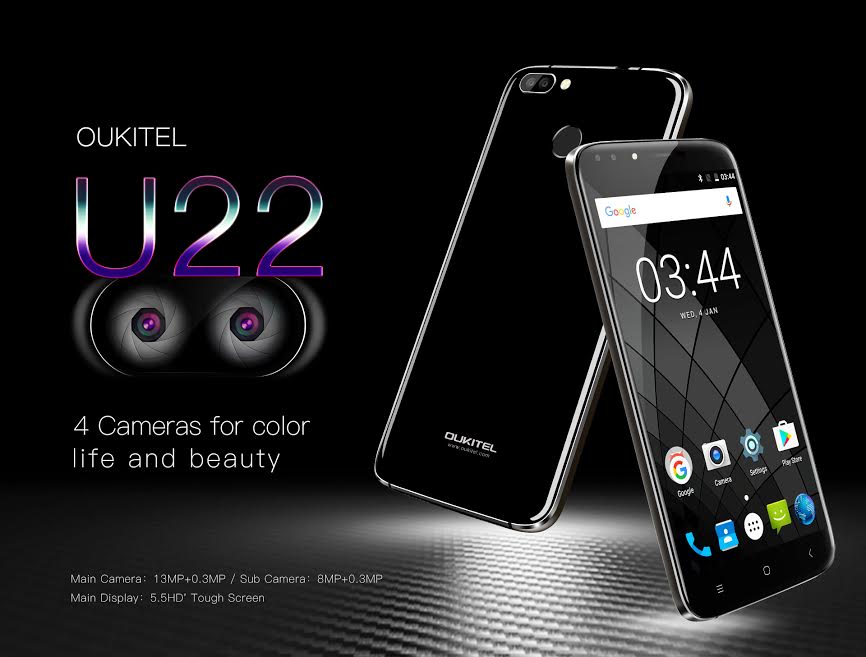 Design-wise, the OUKITEL U22 bears resemblance with iPhone. It features a glossy polycarbonate shell on the rear side. It has a metal frame running along its edges. The USP of the phone is that it features two cameras on the back panel and another pair of cameras at the front. It will be available in two colors like Jet Black and Pearl White. The following video shows how impressive the U22 is in terms of appearance.

To sum up, OUKITEL U22 is a wonderful phone built for people who love to shoot photos. The company will be releasing more information on it on the official website.

Impressed by OUKITEL U22? Users can subscribe for it through this link and also participate in a giveaway activity. The Chinese firm will notify the subscribers once the pre-sale of U22 with cheapest pricing begins.