Chinese manufacturing giant, Huawei, is set to release the Huawei Nova 3 at the Shenzhen Universiade Gymnasium on July 18. Now, the company has released a poster which shows the appearance of this smartphone which basically aims at young customers. Huawei Nova 3 comes with a structural colour gradual plating process which gives an aurora color but we will also have yellow/gold, sky blue, and twilight colour options. 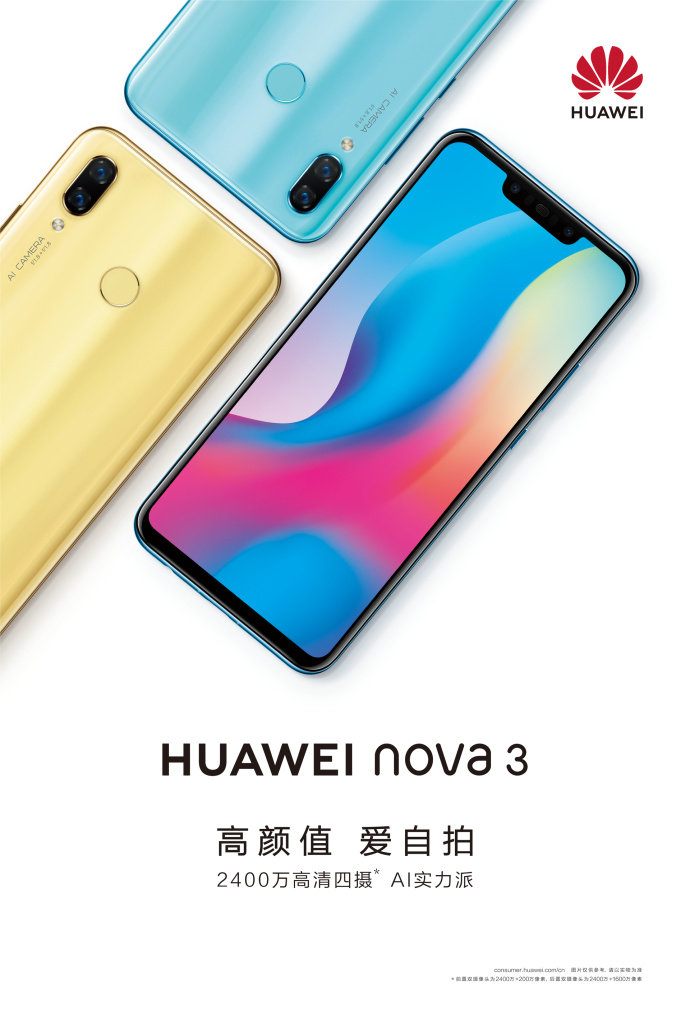 Taking a closer look at the design of this smartphone, there is not much difference from the Huawei Nova 3e. According to its TENAA listing, the Huawei Nova 3 will be powered by a Kirin 970 SoC coupled with 6GB of RAM and 64/128GB of internal memory. This smartphone is also equipped with a 6.3-inch display which has the recently popularized notch on its top chin. In the camera department, we expect a 24MP HD dual-camera but that is about all that is known for now. The lights of this smartphone will be kept on by 3650 mAh battery and it is expected that it will sport Huawei’s GPU Turbo which is believed to improve GPU performance by 60% and CPU performance by 30%.

There are also some speculations that this device may be powered by a new chip named the Kirin 710 which is expected to be on par with the new Snapdragon 710 found on Xiaomi Mi 8 SE and VIVO NEX A. This poster did not reveal any information on the launch date so we will have to stick with July 18 earlier speculated.