Earlier today, the upcoming Samsung Galaxy A7 (2017) has been benchmarked via Chinese benchmark tool AnTuTu, which revealed some of its key specs. 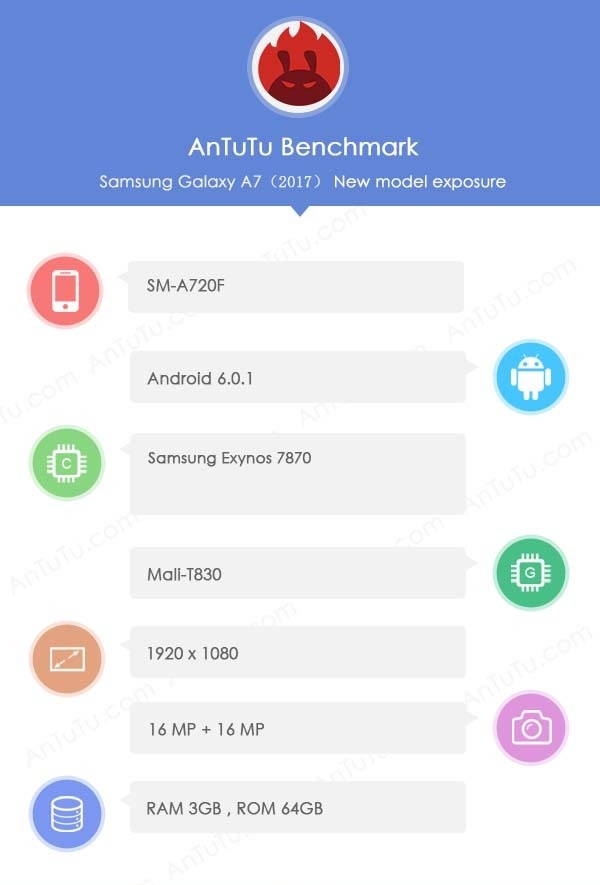 According to the listing, the Galaxy A7 (2017) is expected to sports a FHD display which will be powered by Samsung’s own Exynos 7870 SoC. In its memory compartment, there will be 3GB of RAM paired with 64GB worth of internal storage space. A 16MP main snapper can be found at the back of the device which is accompanied with a 16MP front facing camera for selfie and video calling purposes. The device is said to be running on the Android 6.0.1 out of the box, although its highly probable that it will be shipped with the latest Android 7.0 next year.

Huawei teases the battery life of their upcoming Mate 9 powerhouse