Samsung will be soon introducing the Galaxy M10 and Galaxy M20 smartphones. After these devices, the South Korean company will be also announcing the Galaxy M30 with better specs than the M10 and M20 models. The key specifications of the smartphone have been leaked to reveal what to expect from it.

The Samsung Galaxy M30 will be measuring 159 x 7.51mm. It won’t be praised for slimness since it will be measuring 8.4mm. The smartphone is expected to house a 6.38-inch display. Samsung is tipped to incorporate Infinity-U display that will produce full HD+ resolution of 2220 x 1080 pixels. It is rumored to house a mammoth battery of 5,000mAh capacity. Shown below is the concept render of the Galaxy M30. 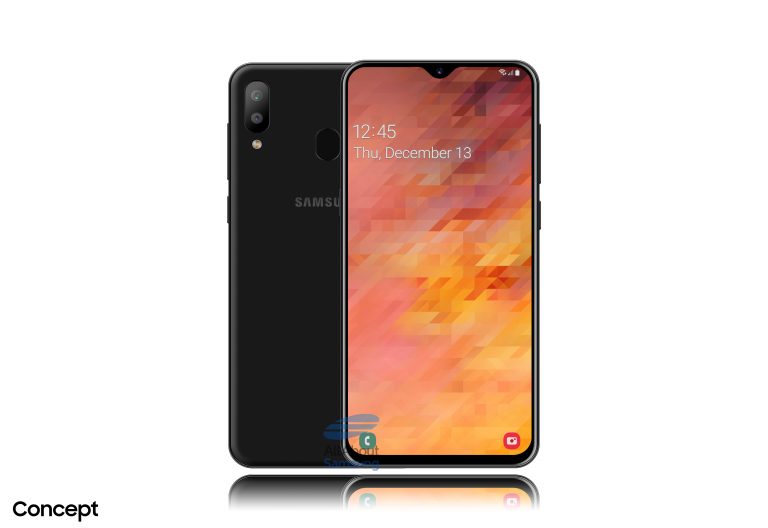 There is no information available on the launch date of the Galaxy M30. Also, the pricing of the smartphone is also under the wraps. Probably, the South Korean company may announce it in the second quarter of this year.