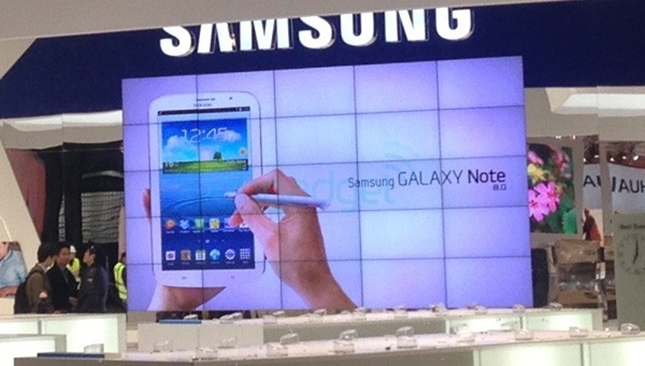 The Samsung Galaxy Note 8.0 which was first unveiled during the MWC 2013 is now available in the UK. However, there is only 1 store having the tablet currently and it’s none other than the Samsung Experience Store in Westfield Stratford City, London. Of course, the Galaxy Note 8.0 will also be heading to more retail stores in the coming weeks. If you’re interested, the tablet is available for grab at just £339 for the 16GB Wi-Fi variant. As for the 4G version, we’ve yet to hear about them but it’ll definitely hit the market sooner or later.

Samsung will be giving out a bunch of goodies to those who purchase the Galaxy Note 8.0 before April 15th, which include  a £20 Samsung Learning Hub Voucher, 1 month free access to Samsung Music Hub, 50Gb of storage on Dropbox for 2 years, AVG Anti-Virus Pro as well as Need For Speed Hot Pursuit. In case you’ve forgotten, below is a quick run-down for its specifications :

Will you be getting the Samsung Galaxy Note 8.0?

HTC First will be available in Europe through Orange and EE