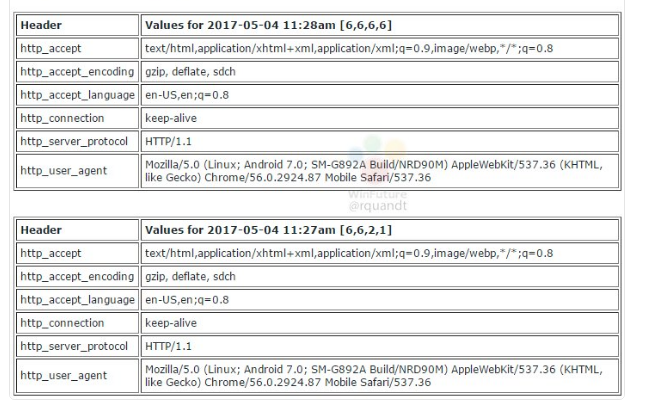 Now, the alleged Galaxy S8 Active with model number has appeared on User Agent String which can be considered as a proof that the device does exist and is currently under the wraps. There is no information available on the specifications of the purported Galaxy S8 Active. However, it is likely that the Galaxy S8 Active would be coming with the same flagships that’s present on Galaxy S8.

The regular Galaxy S7 has a 3,000mAh battery but its Active version has a larger battery of 4,000mAh battery. Hence, the S8 Active too is expected to feature a bigger battery than the 3,000mAh battery present inside the regular S8. Of course, the Galaxy S8 Active is expected to come with IP68 certified and MIL-STD-810G grade body that will keep the phone working normally even in very harsh climatic conditions. Just as the S7 Active was introduced in June last year, its successor is poised to launch in the next month.

ZTE Nubia Z17 had been benchmarked by AnTuTu