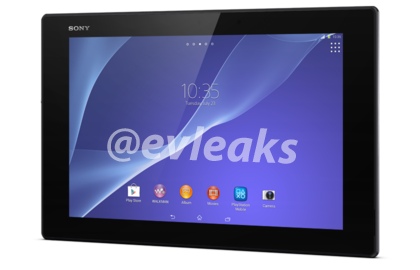 We all know that Sony will soon be unveiling their latest Sony Xperia Z2 Tablet during Mobile World Congress later this month. But before they even officially announce it, another leaked image of the tablet popped out again today – thanks to @evleaks! Frankly speaking, the Xperia Z2 Tablet looked quite like the first generation’s Xperia Z Tablet if you noticed. But of course, the Xperia Z2 Tablet will come with a much more powerful specifications.

We’re not sure how true it is, but rumors say that the tablet will be coming a Snapdragon 800 chipset and 3GB RAM – impressing isn’t it? I’m pretty sure more of such leaked images will continue to pop out in the next few days, so stay with us!

How to root Xiaomi Mi2S tutorial