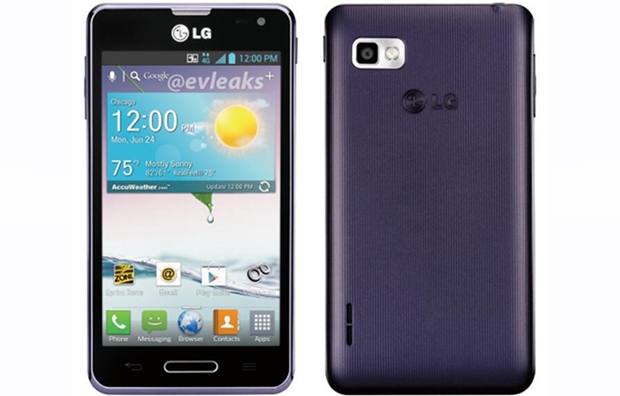 Rumors of the upcoming Sprint’s LG Optimus F3 have been popping out during the past few weeks and today, we’re finally able to catch another glimpse of the device thanks to another leak from @evleaks. This time round, its the press render of the purple Optimus F3 in addition to the black version which was leaked last month. Although there is no Sprint labeling on the device, many expected it to be a Sprint’s variant due to the Sprint Zone app on the home screen.

No doubt, the LG Optimus F3 will be another entry-level device which is rumored to be coming with a 4-inch WVGA display powered by a 1.2 Ghz dual-core processor and 1 GB RAM. Other known specifications include a 5 megapixels rear camera, 1.3 megapixels front camera, 4G network support, 2,460 mAh battery, as well as Android 4.1.2 Jelly Bean onboard.

Like most other entry-level handsets, the LG Optimus F3 will probably come with a $0 price tag if you’re willing to commit to a 2 years service contract with the carrier. Other than the Optimus F3, the Samsung Galaxy Exhibit is another entry-level device which is worth considering.

Sony Xperia Z on the way to U.S. carrier, but will it be Verizon, Sprint or T-Mobile ?