HMD Global has already sent out media invites for the press conference that is to be held on February 25 at the MWC 2018 show floor. At the event, the company is expected to unveil a slew of smartphones including the Nokia 7 Plus and Nokia 9. The company is hitting the headlines almost every other day as many of its devices are getting certified ahead of the upcoming tech show. 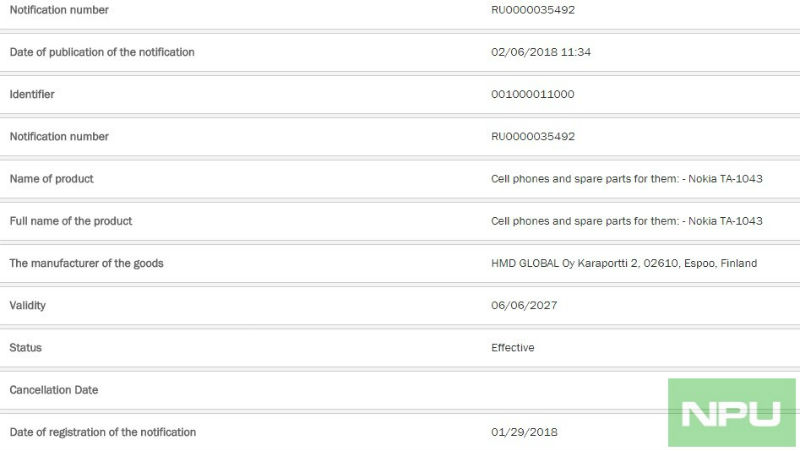 Well, the talk is about two Nokia devices with the model numbers TA-1043 and TA-1046 those are yet to be unveiled. These smartphones have been certified in Russia and are speculated to be the Nokia 1, Nokia 4 or Nokia 7 Plus. However, it has to be noted that the Nokia TA-1043 and TA-1046 those have received the certification lately have no certain connection with the upcoming Nokia devices those were leaked so long.

We can expect to get more details about these Nokia phones in the coming weeks as the MWC 2018 tech show is slated to debut later this month in Barcelona. Besides the smartphones, HMD also appears to be in plans to announce the global variant of the Nokia 3310 4G. A QWERTY phone with the model number TA-1047 also received the certification a few days back. We need to wait and watch which of these devices will be launched by HMD at the event on February 25.

Here’s our first look at the upcoming Nokia 7.3 5G