The Xiaomi Mi A1 smartphone was spotted on the RF exposure page available on the official site of Xiaomi. The Chinese manufacturer. Speculations had claimed that it could be the first Android One smartphone from the company. Newer information shared by a Chinese leakster suggests that it may feature a full-screen display. 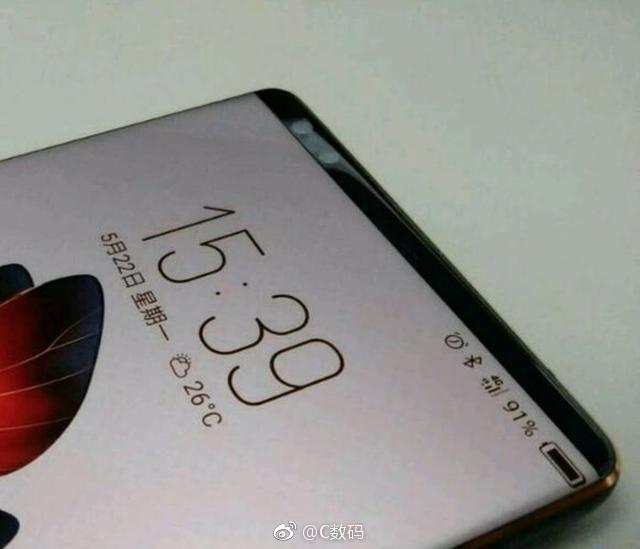 The leakster has revealed a new image of the alleged Xiaomi Mi A1 smartphone with full-screen design. The other photo that has been shared by the leakster has been already seen before. The below image was previously speculated to belong to the Xiaomi Mi Note 3. However, it appears that the image shows off the full-screen display of the rumored Mi A1.

Nothing much is known on the specifications of the smartphone. However, it is expected to arrive with a 5.5-inch full HD display. It appears that it could be based on the Xiaomi Mi 5X. If it is so, it may arrive with dual rear cameras. Since it is expected to be an Android One phone, it won’t be running the customized MIUI 9 skin. Also, like other Android One phones, the alleged Mi A1 is also speculated to may arrive with budget pricing. Rumors have revealed it may be priced around $200 to $300. More details on the smartphone is expected to surface in the coming weeks