A leaked poster of the Xiaomi Mi MIX 3 has appeared from China. The image has revealed the blue and green color variants of the smartphone. The image reveals that the Mi MIX 3 phone is equipped with a rear mounted fingerprint scanner.

The above image seems to have been shot from a shop in China. Previous leaks have revealed that the Mi MIX 3 will be arriving in Emerald Green, Sapphire Blue and Black color variants. The above poster has also revealed the key features of the Mi MIX 3 which include full screen slider design, front and rear flagship cameras and colored ceramic body. 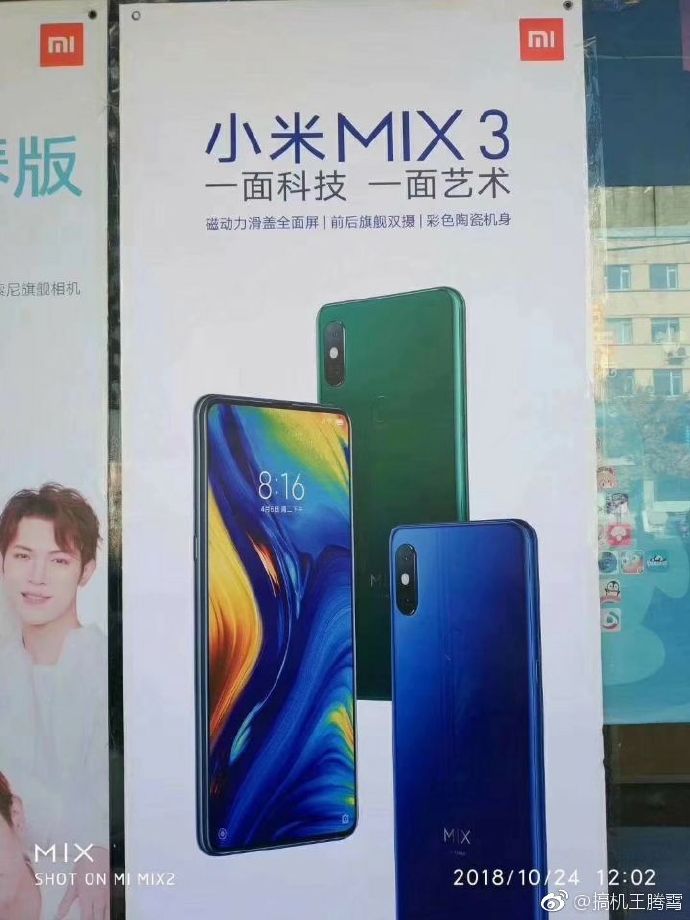