With less than four days away from the official unveiling of the Vivo Nex series, we’ll definitely be expecting to see even more leaks on the highly anticipated flagship in the coming days. Earlier on, another leaked render of the Vivo Nex S had surfaced via Chinese Weibo again, showing off an edge-to-edge display with a pop-up selfie-cam on the top left corner of the smartphone. 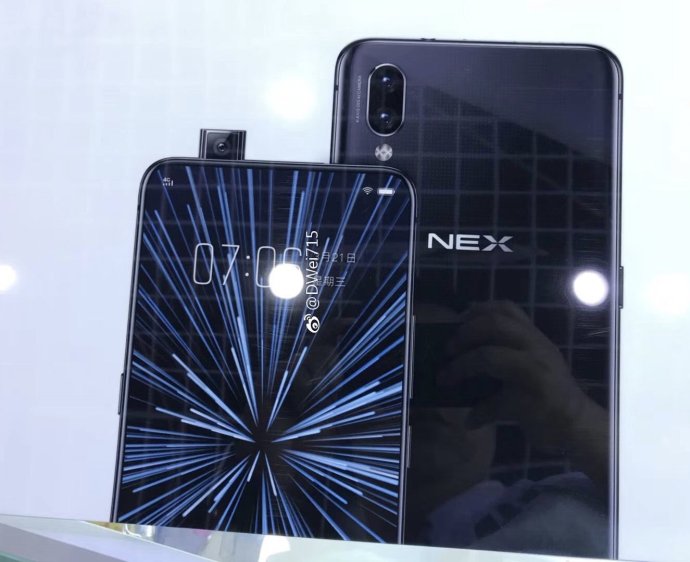 The high-end Vivo Nex S is expected to come with a 6.59-inches display with 1080 x 2316 pixels screen resolution and will be powered by a Snapdragon 845 SoC alongside 8GB worth of RAM and 128GB internal storage space in its memory compartment. Camera-wise, there will be a 12MP+5MP dual-camera setup at the back, as well as a 8MP pop-up selfie cam at the front.