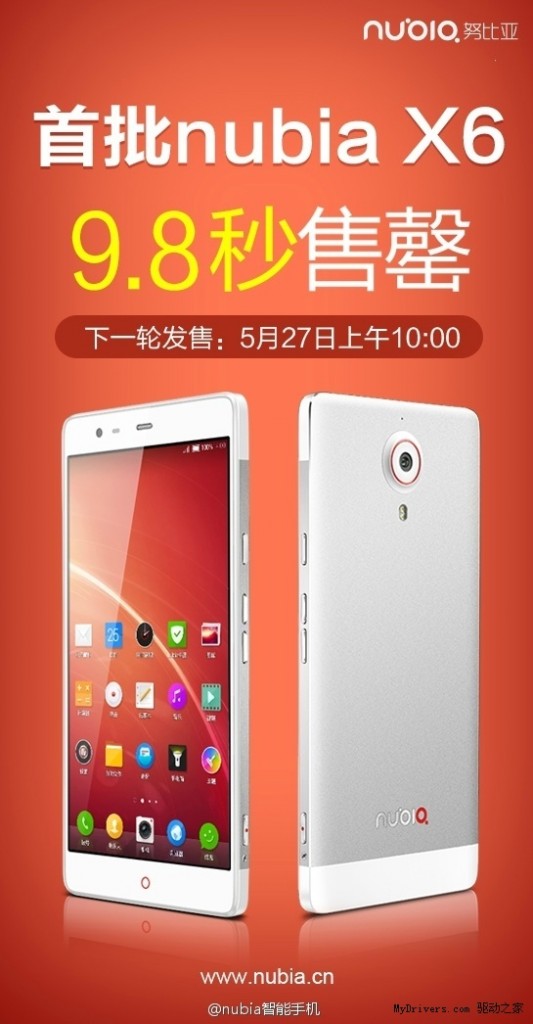 Apparently, ZTE has confirmed that the first batch their latest ZTE Nubia X6 flagship has been sold out in less than 10 seconds. We’re not sure how may units there are in the first batch, but no matter what its still pretty impressive to get them all being sold out in such a short period of time.

In case you do not know, the ZTE Nubia X6 is a 6.4-inches phablet featuring a 1080p Sharp OGS display powered by a Snapdragon 801 chipset and 2GB RAM. Besides that, the phablet is also equipped with a 13 megapixels rear camera and a 5 megapixels front camera which comes with auto-focus feature as well. Just to let you know, the ZTE Nubia X6 is currently the first smartphone to be equipped with a front camera which has the auto-focus feature – not even the might HTC One (M8) or the Galaxy S5.

According to ZTE, the next batch of Nubia X6 will go on sale once again on May 27th next week. So if you’re one of those who’re interested in this device, do stay tune for more updates in the next few days!

How to root Micromax Canvas 2 Colors A120 tutorial