The rumor mill has been consistently leaking information on the specifications and features of Nubia Z17 flagship smartphone. The company has now confirmed that the launch event for Nubia Z17 will be held on June 1. Even though the below image does not directly tell about Nubia Z17’s launch, previous speculations have stated ZTE’s flagship would be unveiled on June 1. 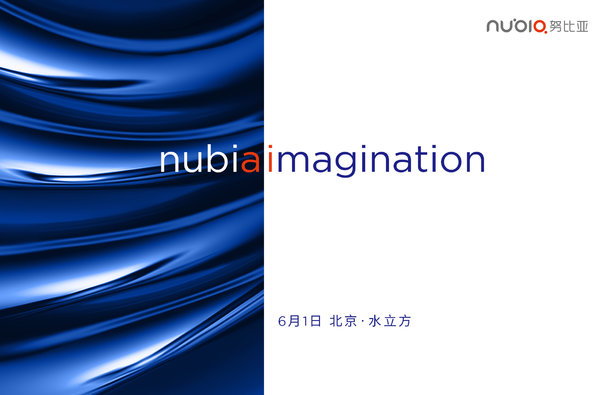 The official poster that confirms the launch date of the Nubia Z17 has the text “nubiaimagination” with letters “ai” in orange color. This indicates that the Nubia Z17 will be featuring its own Nubia AI (Artificial Intelligence). Yesterday, a video had surfaced on Weibo, Chinese microblogging site which revealed that the Nubia Z17 with be arriving with a IP67 certified chassis.

The specifications of the Nubia Z17 flagship phone has already appeared on TENAA. The phone will feature 5.5-inch full HD display and it will be fueled by Snapdragon 935 SoC and 4 GB of RAM The native storage of the phone will be 64 GB. It may also arrive in 6 GB RAM + 128 GB storage model. . =Rumors have it that there will be an 8 GB RAM model as well. It was recently spotted on AnTuTu with a marvelous score of 180,049.

MIUI 9 Update Launching Alongside Xiaomi Mi Max 2 on May 25?