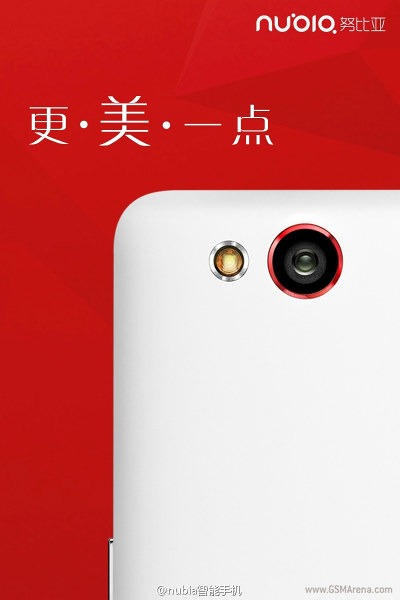 ZTE has officially released a teaser for their upcoming Nubia Z7 flagship which is slated to be released later this month. Sad to say the teaser only show the back of the smartphone so it doesn’t really tell is much about the device – although we can roughly tell that the Nubia Z7 will have a rather sleek design. Like any other Nubia smartphones, this device also bear a red circle around its camera lens which is a characteristic of ZTE’s Nubia series.

According to rumors, the ZTE Nubia Z7 will be a high-end device sporting a 5-inch fHD display powered by a Snapdragon 805 chipset and a massive 3GB RAM. Running in the background will be none other than their own custom Nubia UI 2.0.

Bear in mind this device will not be coming with a cheap price tag so be prepared to throw out at least $450 for it if you’re interested.

Motorola has made the 64GB Moto X official