Xiaomi India has officially confirmed their latest record-breaking number of smartphones being sold during their 3 days festive season sales via Amazon, Flipkart as well as Snapdeal. In case you’re wondering how much the figure stood at, its definitely more than half a million units according to Xiaomi’s Vice President, Hugo Barra. Not impress enough, the figure actually equates to 2 Xiaomi handsets being sold every second during the sales period. 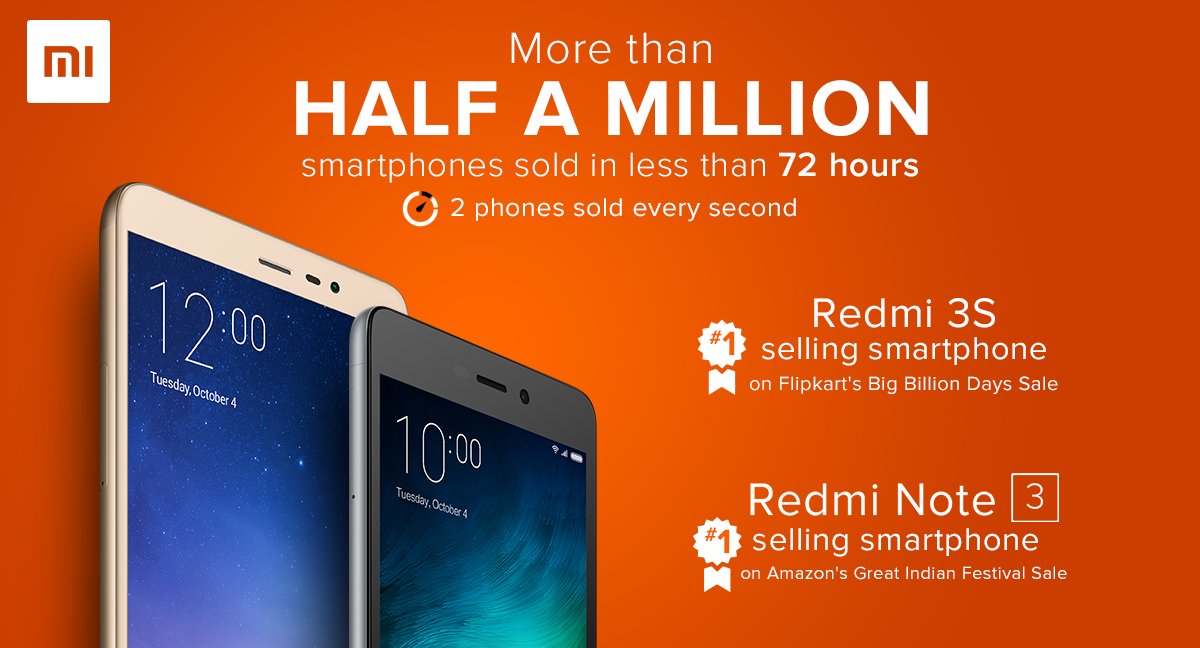 Big win for Xiaomi during the Diwali season

Needless to say, the Redmi 3S also topped the chart in terms of smartphone sales volume during Flipkart’s Big Billion Days sale, while the Redmi Note 3 make it to the top for Amazon’s Great Indian Festival sale.

This of course, is just a warning shot to other smartphone giant in India and we do expect the Apple of China to produce even more remarkable track records in the coming days. Micromax, you had been warned.