Earlier today, the upcoming Oppo R9S has apparently made an appearance in a new Hunan TV commercial, which briefly showcase the front and rear view of the device. 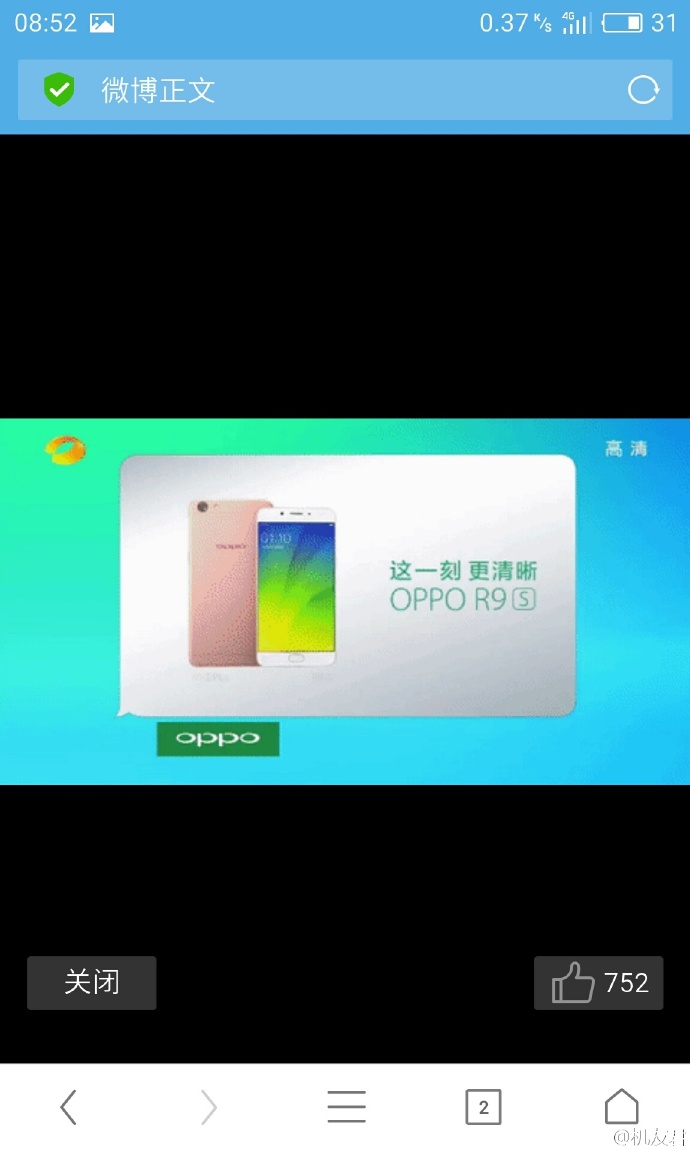 If you can still remember, two days ago we also reported that the similar device was also  allegedly spotted in several promotional pamphlets as well. Akin to the render we seen in the pamphlets, the Oppo R9S in the advertisement also confirmed a subtle redesign of its rear chasis as compared to the R9. One of the most prominent one will be the removal of the antenna line nearing the top of the device. Likewise, it is also obvious that its LED flashlight has also been relocated the right side of the main snapper, instead of embedding it below the camera sensor.

Just in case you missed out, here is the alleged specs of the Oppo R9S as revealed by its promotional pamphlets earlier this week : 16MP main snapper, 4GB of RAM, 64GB internal storage, 3,010mAh battery, as well as Oppo’s own Super VOOC charging technology.

If nothing goes wrong, we can expect the device to be made official in mid-October this month. Before we forget, it was also mentioned to us that the Oppo R9S may come with a R9S Plus version as well.