Honor 7X was unveiled yesterday in China and the company has confirmed that will be holding an unveil event in December at London, U.K. However, there is no information available on the Honor smartphone that will be arriving before the end of the year.

The above invitation from the company reveals that the launch event will be held on Dec. 5. It carries the text that describes the phone as “Max Your View” which indicates that it will be offering a large screen space. To corroborate it, the invitation carries an image of the phone that may support super-slim bezels. 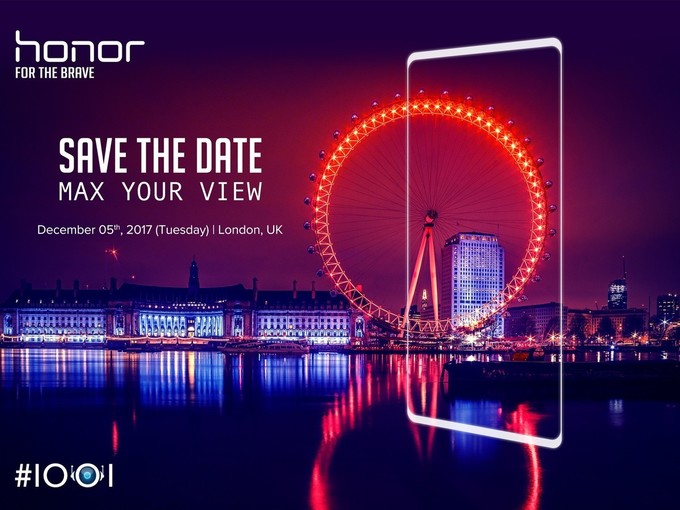 The presence of the #IOOI hashtag suggests that the smartphone would be housing a dual camera system on its rear side. Since the second O looks like a droid, the handset may boast AI capabilities. However, it is difficult to predict which Honor phone will be released later this year.

The rumor mill has been speculating the arrival of Honor Note 9 since a couple of months. Hence, there is a possibility that the Note 9 may get unveiled in December. If the Note 9 does not arrive, the company may unveil a Honor 10 flagship.

Which phone will Honor unveil in December this year? Share us your thoughts by commenting below.