For the past few weeks, we’d been hearing a great deal about the upcoming Meizu Pro 7 flagship but seems to have forgotten about its Pro 7 Plus sibling which is expected to make its debut on the same day as well.

Today, the first live image of the Pro 7 Plus has finally emerged giving us a clear look at the highly anticipated handset. As seen on the image above, the Pro 7 Plus (Black) is pictured alongside the Pro 7 (Gold) and it is pretty obvious that the “Plus” version is slightly larger in size compared to the latter. Other than their difference in size, all other aspects looks visually similar with both sporting a secondary display and a dual-camera setup. 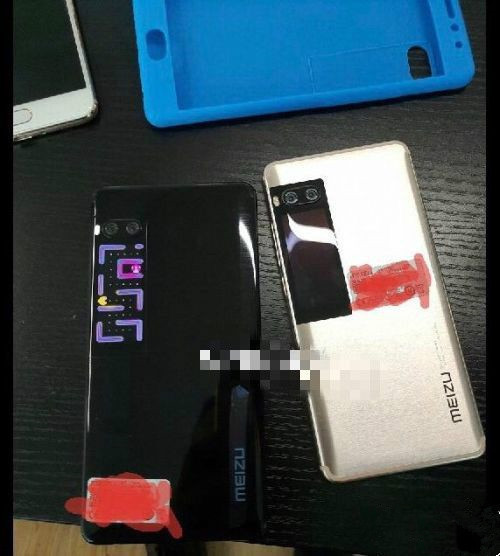 According to reports out of China, the Meizu Pro 7 Plus is expected to run on the Exynos 8895 SoC instead of the Helio X30 which had already been confirmed by Mediatek that it will be used to power the Pro 7. Pricing for the Meizu Pro 7 Plus is rumored to be 3,299 Yuan (~$482) for the standard model and 3,799 Yuan (~$555) for the higher-end model.

Although not official, but rumors have suggested that both devices could be unveiled towards the end of July.