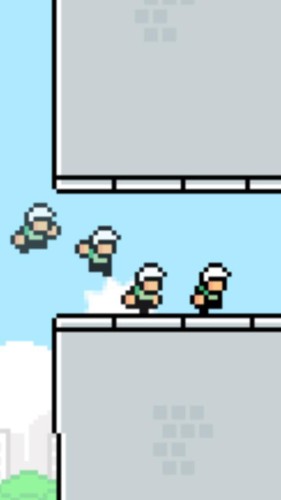 Yesterday, Flappy Bird creator Dong Nguyen confirmed that he’ll be putting the game back to Google Play store after having it taken down in February. Today, he released a teaser of his upcoming new game on his Twitter account.

We’re not sure what this game is called but according to Dong Nguyen, this game is let people forget about Flappy Bird for awhile. Looking at the screenshot, it seems like this game will have somewhat similar game play as Flappy Bird – perhaps even more addictive.

PayPal is now accepted in the Google Play store

How to root Micromax Canvas Doodle 3 A102