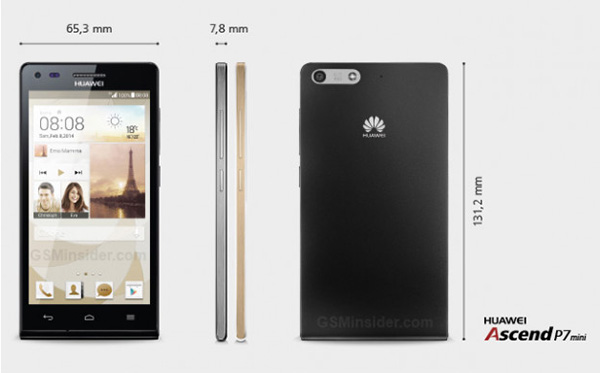 We all know Huawei will be announcing their latest Ascend P7 flagship somewhere next month. Today, the mini version of the Ascend P7 dubbed as the Ascend P7 Mini has also been rumored to be unveiled alongside the flagship on May 7th next month.

If rumor is true, then the Ascend P7 Mini will be coming with a price tag of around $350.