Huawei will be announcing the Mate 20 series tomorrow through a launch event in London. Recent reports have revealed that the company may unleash Mate 20, Mate 20 Pro, Mate 20X and Mate 20 Porsche Design smartphones tomorrow. A leaked image of the poster of the Mate 20 smartphone has surfaced today to confirm some of its key features.

As it can be seen in the following image, the core selling points of the Mate 20 are 7nm flagship chipset (Kirin 980), super wide-angle triple camera, super macro photography and 40W superfast charging. 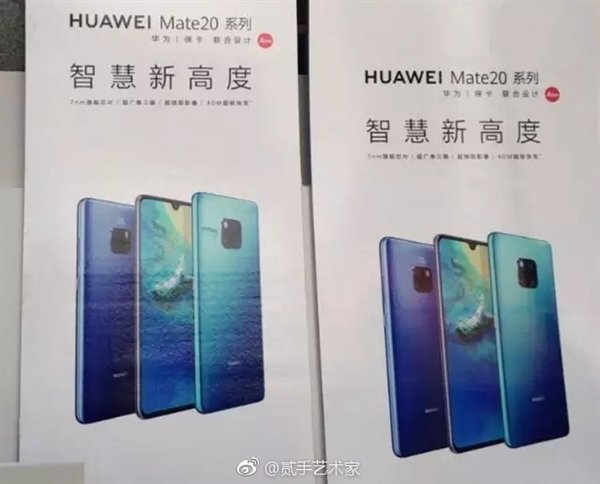 Apart from launching the Mate 20 series, the Chinese manufacturer is also rumored to debut the Huawei Watch GT smartwatch that is built for outdoor activities and promises long battery life.