Earlier today, Huawei has officially unveiled the highly anticipated Huawei Mate 9 Pro which was given a miss during their launch event held in Munich earlier this month. Along with the Mate 9 Pro, Huawei had also officially announced the standard flat-screen Huawei Mate 9 as well as the limited Porsche design dual-curved Mate 9 for the Chinese market. 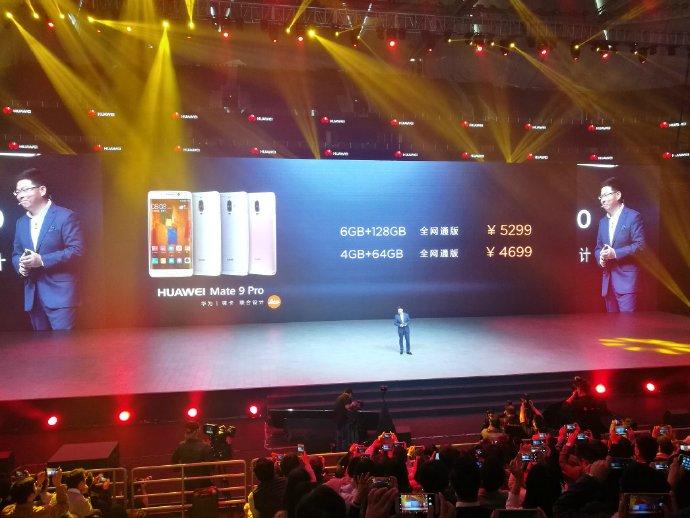 Unlike the Huawei Mate 9, the Mate 9 Pro comes with a smaller 5.5″ display but features a bumped up 2K screen resolution. Similarly, the Mate 9 Pro will also be having its fingerprint sensor located at the front of the device instead.

The 4GB+64GB base model will come with a price tag of RMB4,699 ($686), while the higher-end model with 6GB+128GB configuration will cost you RMB5,299 ($773). Currently, both the Mate 9 as well as Mate 9 Pro are already available for purchase in China, while the Porsche design variant will only be available starting December 15 next month.

If you’re interested, you can check out more Huawei Mate 9 images below!

More Meizu Pro 7 specs had been revealed, including Kirin 960 SoC

Nope, but it do come with microSD slot for your sdcard 🙂