Some weeks ago, Chinese manufacturing giant, Huawei, announced its new technology dubbed GPU Turbo. From the official release notes, this tech is meant to boost GPU performance by 60% and SoC performance by 30%. While some see GPU Turbo as a future solution for hardware stacking in Android devices, some believe that GPU Turbo is only a marketing gimmick from Huawei. The company has said that this tech is not going to be exclusive to Huawei devices but its performance is integrated with Huawei’s Kirin chips and EMUI operating system thus any OEM that hopes to use this technology will have to do a little tweak. Since its release, a couple of Huawei smartphone has been scheduled to receive the update. It was launched with Honor Play and the likes of Huawei Mate 10 series, P20 series and Honor 10 have all received this update. 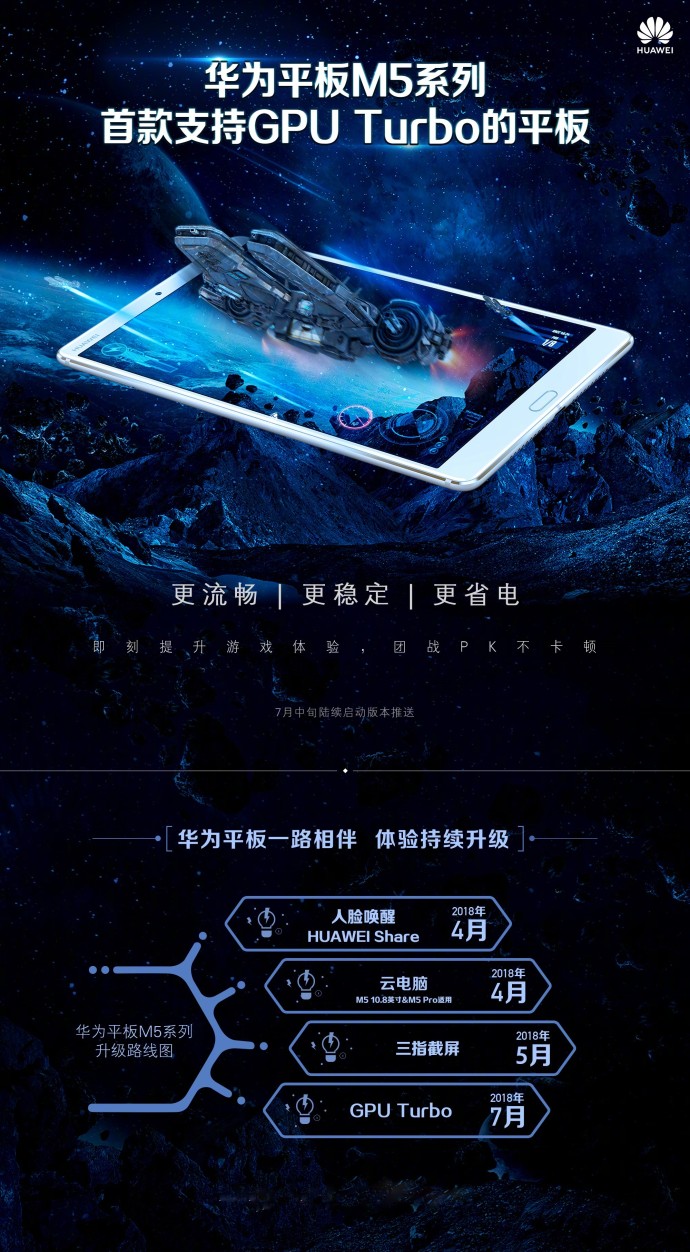 Now, it appears that Huawei’s latest Mediapad M5 will be the first tablet to receive this update. Huawei announced on its official Weibo account that its MediaPad M5 will get GPU Turbo in its next update which is scheduled to arrive later this month. As of now, there is no specific time or date for the arrival of this update. Recall that Honor Play, Honor 9i and Honor 10 GT all arrived with GPU Turbo out-of-the-box while the Honor 10, Honor View 10, Honor 9 Lite, Honor 7X, Honor 8 Pro, and Honor 9 will all get the software update between now and September.