The Huawei Nova 3e is slated to get announced on March 20.  Recent reports have revealed that it is nothing but the Huawei P20 Lite that will be arriving in certain markets like the Europe as Nova 3e. The entire specs and pricing of the Nova 3e has appeared in China.

According to the listing of Nova 3e on China Telecom’s website, it measures 148.6 x 71.2 x 7.4mm and its weight is 145 grams. The handset will be coming with glass panel on its rear and its sides will be flanked with an aluminum frame. The backside of the phone features a fingerprint scanner. A 3.5mm audio jack and USB-C port connectivity ports are present on the device. 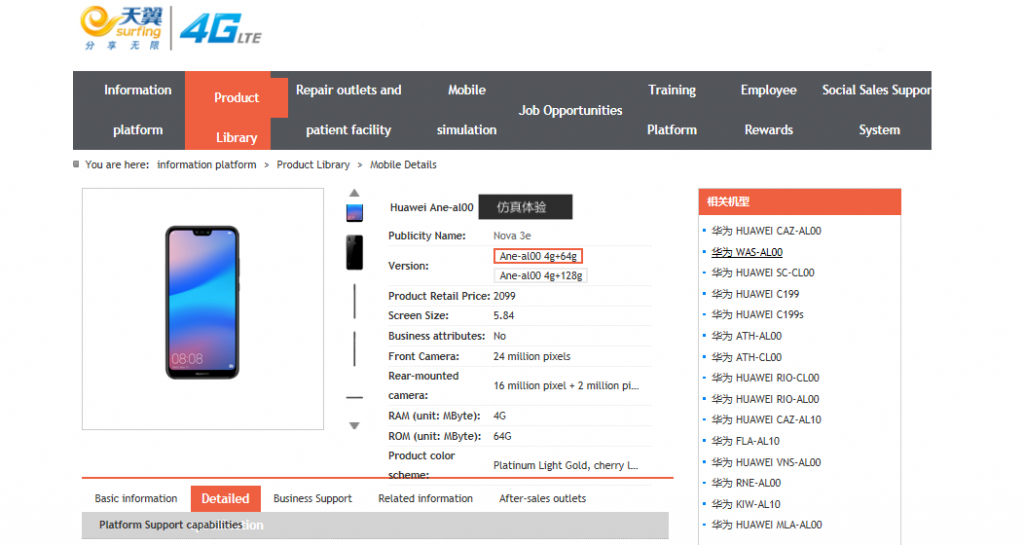 The handset houses a 5.84-inch display that supports FHD+ resolution of 2280 x 1080 pixels. Its front-facing camera is of 24-megapixel and its back panel houses 16-megapixel + 2-megapixel dual camera setup. Previous reports have revealed that it has Kirin 659 chipset onboard. It has a native storage of 64 GB and carries support for microSD card slot for additional storage. It includes 3,000mAh battery that supports 9V/2A charging.

Meizu 16 Series To Launch In August