Meizu founder Jack Wong has confirmed that the Meizu 16 series will be unveiled in August. The Meizu 15 and 15 Plus that were launched in April have been received well by the audience. However, Wong has claimed that the Meizu 16 series will be more advanced and futuristic phones that the 15 series. He has also claimed that the upcoming Meizu 16 duo are flagship phones powered by Snapdragon 845 chipset. A Chinese leakster had revealed earlier today on Weibo that he has received pricing details of the Meizu 16 and 16 Plus smartphones. Very soon another Weibo user commented by sharing a leaked internal photo of the pricing of the phone. 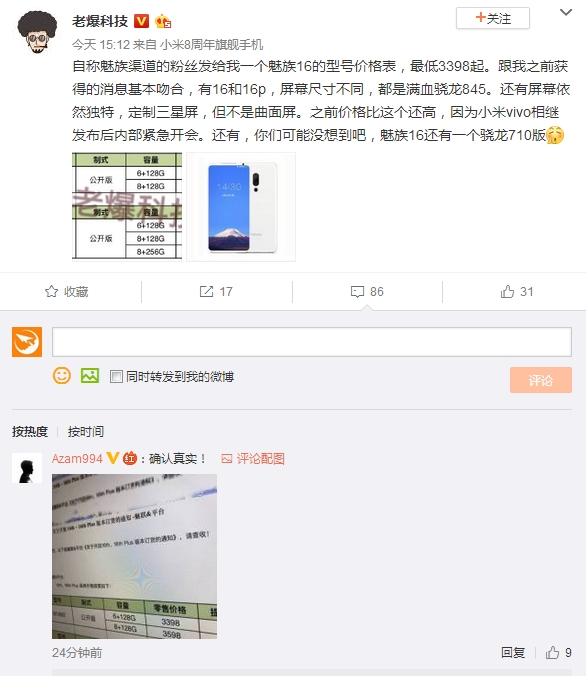 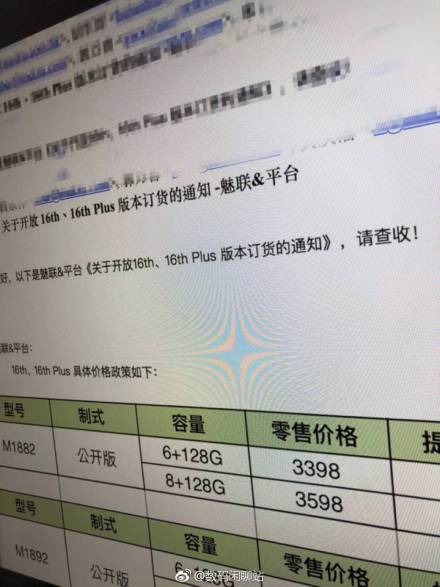 The new leak reveals Meizu 16 and 16 Plus phones feature notch-less and customized displays of different sizes made by Samsung. It is speculated that apart from Snapdragon 845 chipset editions, there could be a low-end model with Snapdragon 710.

Here are the pricing and variants of Meizu 16 and Meizu 16 Plus: