Earlier today, a new Meizu smartphone with the model number M686G has received certification via Chinese 3C authority, dropping some hints on its imminent release. 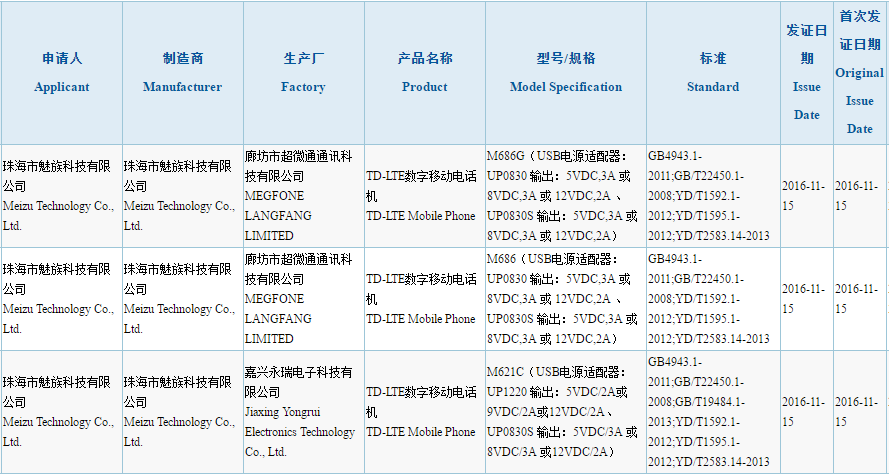 This device, according to sources in China, is none other than the upcoming Exynos 8890-powered Meizu Pro 6 Plus, which had been benchmarked by AnTuTu a couple of months back.

In case you’d missed out, here is a quick recap of its specs sheet as revealed by AnTuTu: QHD display, Exynos 8890 SoC, 4GB of RAM, 32GB native storage space, 12MP main snapper, 5MP front-facing camera for selfies, as well as Android 6.0.1 running out of the box.

If rumors are true, then we can expect this device to be unveiled somewhere during mid-December next month, just in time for Christmas.