After the unveiling of the OPPO R11 and Honor 9, it seems like the focus is now shifting towards the upcoming Meizu Pro 7 which was recently certified by Chinese 3C authority.

During the past few weeks, there have been various alleged renders of the Pro 7 being leaked on Chinese Weibo showing the device in a rather futuristic design which has a secondary display at the back of it. Today, a live image of the device had been leaked as well once again reaffirming the groundbreaking design of the upcoming handset. 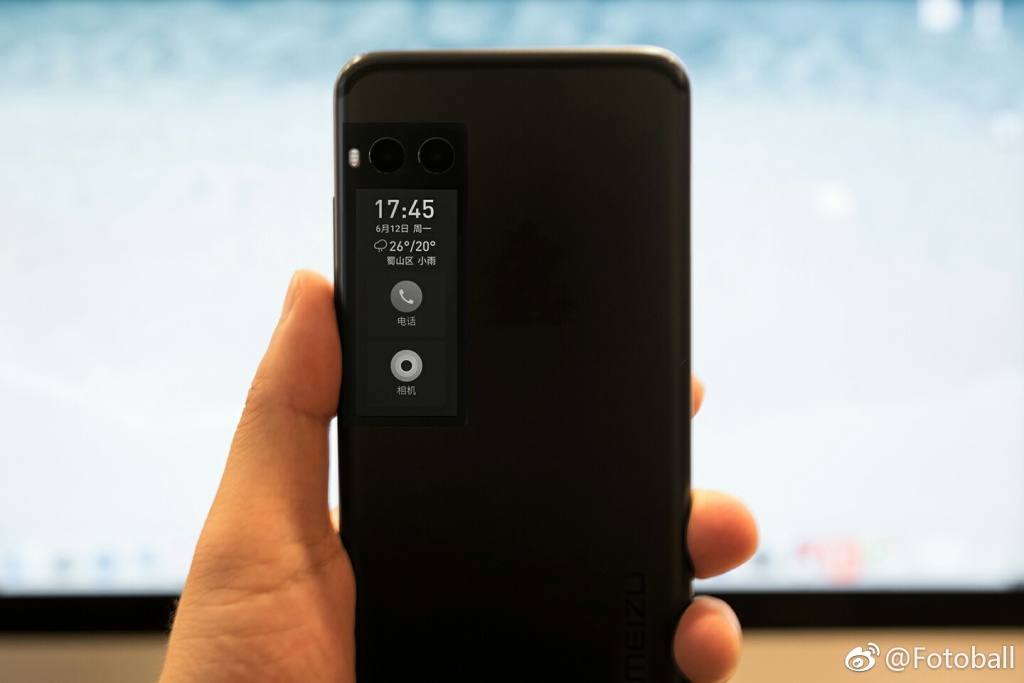 According to the rumor mills, the Meizu Pro 7 is expected to sport a 5.2″ FHD Super AMOLED display which is powered by the new MediaTek’s Helio X30 SoC along with 6GB of RAM and 64GB internal storage space. As for its main snapper, it will be featuring a pair of 12MP sensors while the secondary camera will have a 16MP sensor for selfies and video calls.

Although there still isn’t any official words from Meizu so far on its unveiling date, but a recent report out of China had called for a July announcement for the highly anticipated flagship.