Meizu has confirmed on its official Weibo account that it will be announcing a device that will be supporting 18:9 aspect ratio on Jan. 4. Since the Meizu M6S (aka Blue Charm S) has appeared in multiple leaks in the recent past, it is speculated that the company would be unleashing this phone on the coming Thursday. 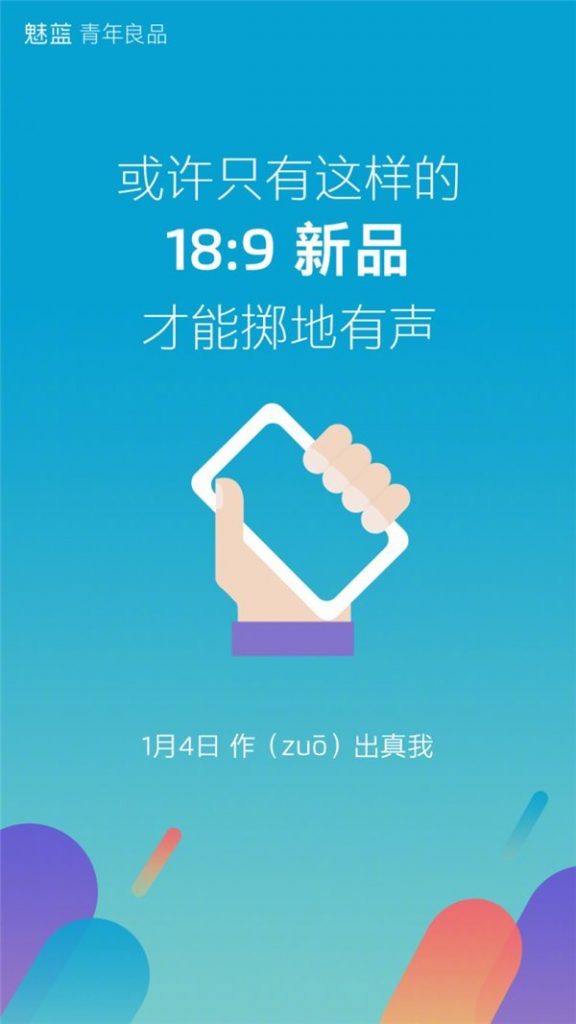 Unlike other Meizu phones, the Meizu M6S is unlikely to feature a physical button for mBack. Also, its fingerprint scanner is speculated to be embedded in the Power button on the right edge of the phone. The Meizu M6S has recently certification from TENAA which indicates that’s its arrival is close at hand.

It is speculated to house a 5.7-inch display and it may feature Samsung’s Exynos 7872 chipset. The 32 GB model of the phone may feature 3 GB of RAM whereas its 64 GB variant may house 4 GB of RAM. It is pegged to feature a 2,930mAh battery.