After a series of leaks and rumors about the upcoming Moto M smartphone, the device has finally made its debut via AnTuTu earlier today, which revealed some of its key specs during the benchmark test. 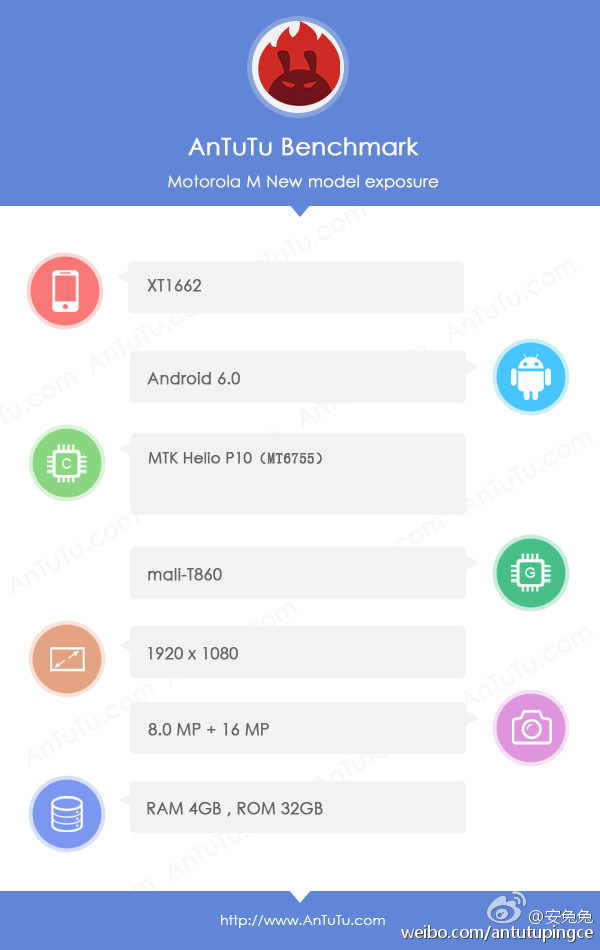 According to its listing, the Moto M will be featuring a FHD display which is powered by a Helio P10 SoC which will be paired with 4GB of RAM as well as 32GB native storage under its memory compartment. Camera-wise, there will be a 16MP main snapper at the back which is accompanied by a 8MP front-facing camera for selfies and video calls. The device is expected to run on the Android 6.0 out of the box, but can definitely be upgraded to Android 7.0 in the near future.

If nothing goes wrong, the Moto M is expected to be unveiled on November 8th next week. In case you’d missed out, you can check out the live images of the Moto M here and here.