A new Honor smartphone with model number LND-TL30 has appeared on China’s TENAA certification site. This smartphone could be the Honor 7C smartphone. At present, the Chinese regulatory website only contains the images of the phone. The entire specifications of the smartphone are expected to appear on TENAA is the near future. 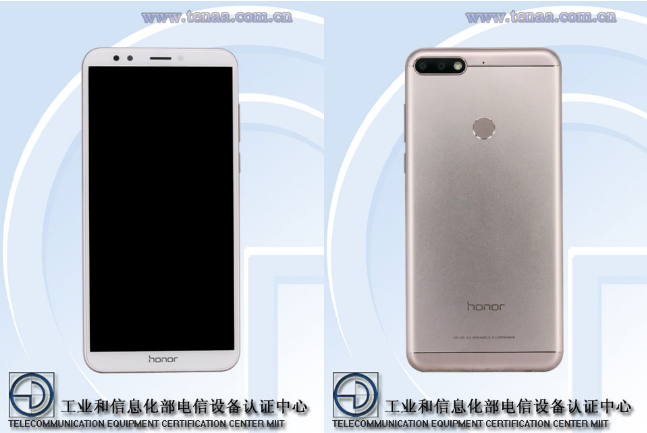 As it can be seen in the above images, the alleged Honor 7C has a full screen design. Hence, it could be supporting an aspect ratio of 18:9. The handset seems to be featuring dual selfie snappers on the top bezel and its back panel also seems to feature dual camera module. The fingerprint scanner also resides on the backside of the phone.

After launching the Honor 5X and Honor 6X mid-range smartphones, the Chinese manufacturer has launched Honor 5C and Honor 6C respectively as their as entry-level variants. Hence, it is speculated that the LND-AL30 phone could be the rumored Honor 7C. Like the recent Honor phones, it is likely to come loaded with EMUI 8.0 flavored Android Oreo.

Nokia 7 Plus Specifications Leaked Ahead of MWC 2018 Debut

Huawei will be holding a launch event in upcoming MWC 2018