In July, Huawei had launched the Nova 3 and Nova 3i smartphones. The Chinese manufacturer has released a new poster to hint the arrival of a new Huawei smartphone. It is speculated that the teased phone could be the Nova 3S. 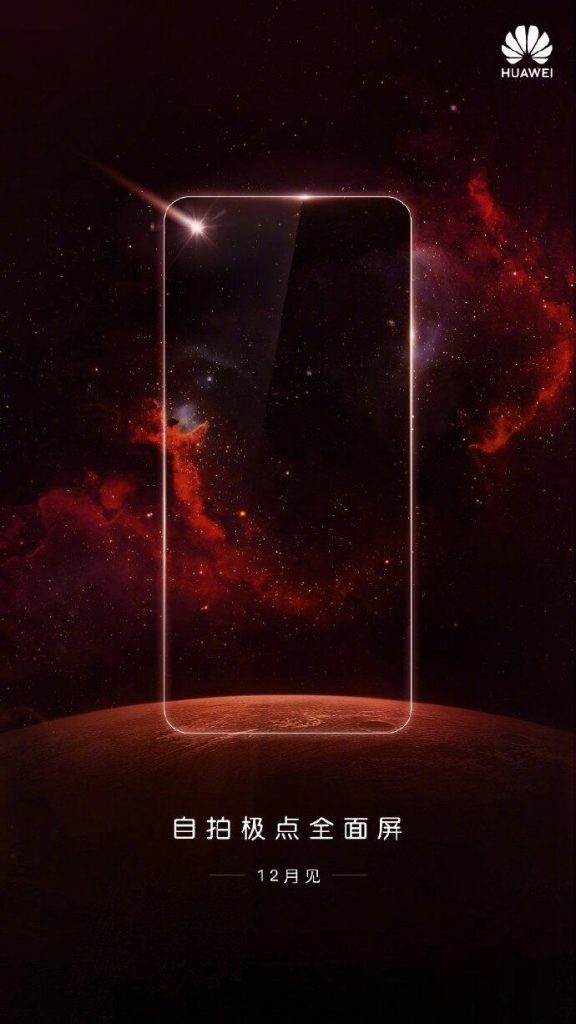 As it can be seen, the above poster only reveals the outline of the phone. A bright spot can be seen on the top-left corner of the screen. Could this phone be arriving with in-display camera hole design? Huawei may use this new design, but it is advisable to wait for further leaks to confirm on the appearance of the phone.

As of this writing, there is no information available on the specifications of the smartphone.