Earlier this month, Nubia started crowdfunding project for its upcoming Nubia Red Magic gaming phone. Today, the Chinese manufacturer has confirmed through its Weibo account that it will be launching the Nubia Red Magic Mars gaming smartphone on Nov. 28 in China. 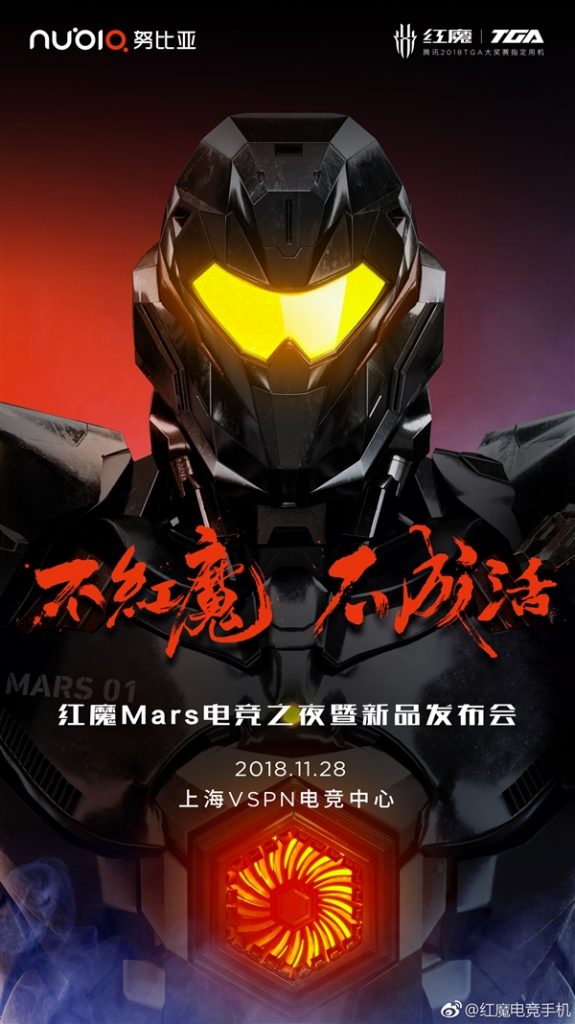 The Nubia Red Magic Mars gaming phone’s key features have been already revealed by the company. The handset is equipped with RGB light effects and it comes with a hardware for entering the GameBoost mode. The Snapdragon 845 chipset is present under the hood of the device. The base model of the phone seems to be equipped with 8 GB of RAM whereas the highest configuration model seems to feature 10 GB of RAM. Both the RAM variants are rumored to be respectively equipped with 128 GB and 256 GB of internal storage.

The Red Magic Mars gaming phone has air and liquid cooling system which can reduce the internal temperature of the device to up to 13.2 degrees. For unmatched gaming experience, the handset carries support 4D shock, 4 gaming buttons on its frame, support for gaming handles, DTS 7.1 + surround sound and smart PA amplifier. The display of the phone carries support for 18:9 aspect ratio and Full HD+ resolution of 2160 x 1080 pixels. The other specs of the phone are still under the wraps. On the crowdfunding project, the handset is priced at 3,899 Yuan.

Realme U1 Confirmed to Launch on November 28