The OnePlus 5 flagship smartphone is speculated to launch in June. Hence, the rumor mill has already started spilling leaked information of the upcoming OnePlus flagship. Recent leaks have revealed that OnePlus 5 would be coming with a vertically arranged dual rear cameras. Now, on Weibo, Kumamoto Technology has leaked several details on OnePlus 5. 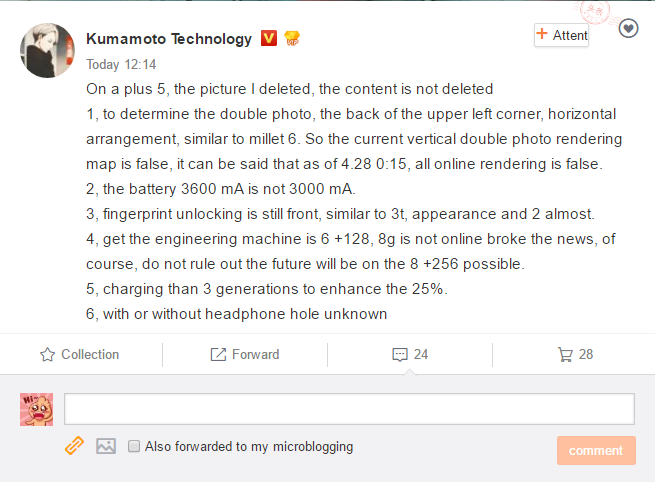 Some rumors have claimed that OnePlus would be featuring 8 GB of RAM.  However, fresh information states that the Snapdragon 835 SoC of OnePlus 5 would be coupled with 6 GB of RAM and an internal storage of 128 GB. There is no confirmation on whether it will feature a 3.5mm audio jack or not.

Another leakster, Mocha RQ has leaked that the OnePlus 5 would continue to support full HD display. He speculates that the flagship will be announced at the end of this month.