It appears that the arrival of the rumored OnePlus 5T is drawing near. Recent reports have revealed that the handset may get unveiled in the next month. Over the past week, plenty of details of the OP5T have surfaced and it has been also found listed on OppoMart. Today, the smartphone has allegedly appeared on AnTuTu benchmarking platform to reveal some of its key specs. 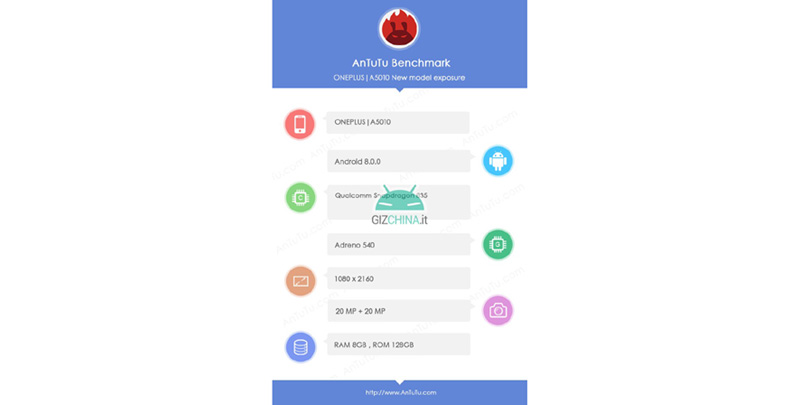 According to the snapshot of the AnTuTu benchmarks revealed by GizChina, the mysterious OnePlus phone has a model number of OnePlus A5010. It is fueled by Snapdragon 835 chipset that includes Adreno 540 graphics. It has 8 GB of RAM and an internal storage of 128 GB.

The OnePlus 5T can be seen supporting a display resolution of 1080 x 2160 pixels. This suggests that the smartphone would be supporting a screen resolution of 18:9. This goes in sync with other rumors of the phone that indicate that it will be coming with a 6-inch display with 18:9 aspect ratio.