The rumor mill has been speculating that OnePlus 6 may get announced by the end of April. Today, a leaked photo has surfaced to reveal the launch date of OnePlus 6 for China. It confirms that the OP6 will be announced in the domestic market on May 5.

The above poster seems to belong to JingDong Mall retailer from China. The reason behind it is that the retailer is known for teasing the forthcoming smartphones by placing them under a red cloth. However, it does not seem to be an official photo since the Chinese retailer has not added it on any of its social platforms or on its official website. Hence, the image cannot be completely trusted. 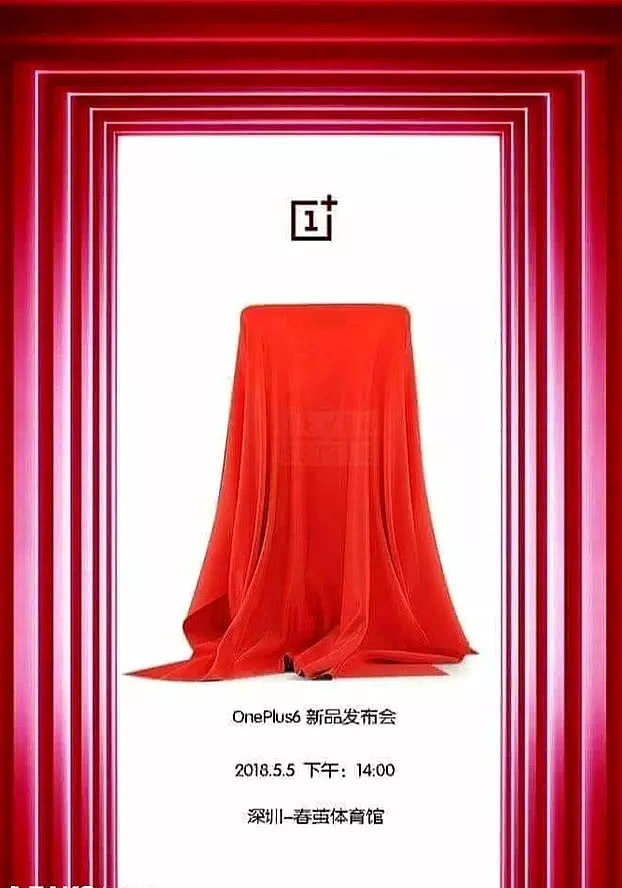 Also, OnePlus is known for announcing its smartphones in major countries outside of China first and later launching it in the home country. The leaked image is true then the Chinese manufacturer may debut it by the end of this month in overseas market.

Anyway, the above image states that the OnePlus 6 will be launched in China at 2 PM on May 5 through a press event in Shenzhen, China. Recent leaks have revealed that OnePlus 6 will feature a notched display, Snapdragon 845 mobile platform, 8 GB of RAM and an inbuilt storage of 256 GB.