Last week, OPPO confirmed that the OPPO Find X is its next flagship phone. A leaked photo of the Find X smartphone has surfaced on Weibo. A Chinese tipster has revealed the key specs of the smartphone. Also, another source has revealed a leaked image that shows the rear view of the alleged Find X phone.

The OPPO Find X’s alleged image that can be seen belowshows that it houses a vertical dual camera setup with an LED flash placed below it. It is speculated that like the other recent phones, the Find X phone will be arriving with a full screen design. The rear side of the alleged Find X phone does not feature a fingerprint reader and it is likely that it won’t be available on the front. Hence, it is speculated that it may arrive with an in-screen fingerprint reader. 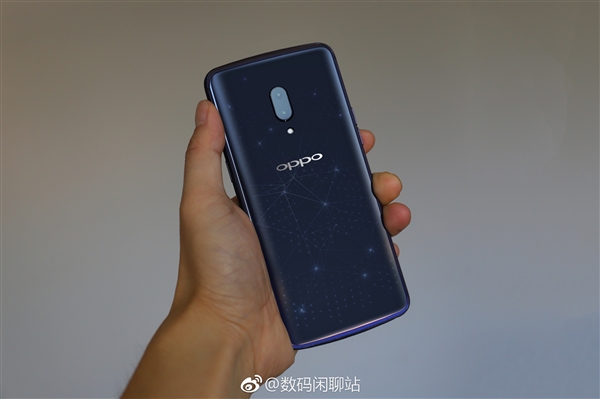 The rumored specs of the phone that has been leaked a Chinese leakster reveals that the handset will be arriving with a 6.42-inch display that will be enabled with support for 2K resolution. Also, he has claimed that the handset will be driven by Snapdragon 845 chipset and 8 GB of RAM. It will be arriving with a native storage of 256 GB. It will be packed with a 4,000mAh battery that will be enabled with VOOC flash charging. Some of its advanced features include 5x optical zoom, 3D facial recognition and support for 5G connectivity.