Oppo R11s has been officially confirmed to debut on Nov. 2. The company has been teasing the smartphone on billboards in China as well as on social platforms. The smartphone has appeared on AnTuTu to reveal its key specs. 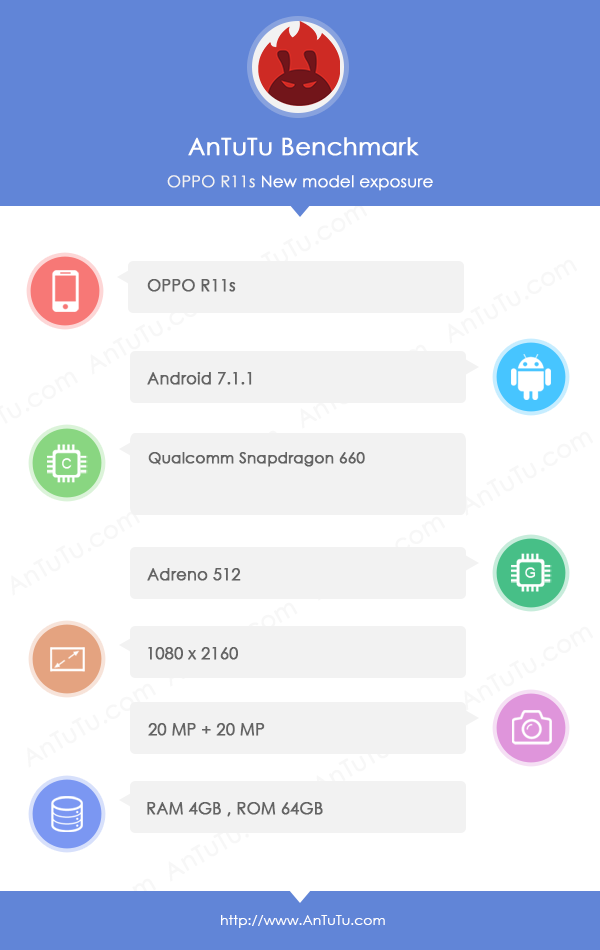 According to the above image, the Oppo R11s has a display that supports 1,080 x 2,160 pixels. Previous reports have revealed that it would be coming with a 6-inch OLED screen from Samsung. The display will be delivering an aspect ratio of 18:9. It is running on Android 7.1.1 Nougat OS.

The listing shows that it will be coming with a 20-megapixel rear camera and a 20-megapixel front camera. However, the images of the smartphone revealed that has a dual camera system on its rear panel like the original Oppo R11 phone. Also, the fingerprint scanner can be found on its backside. 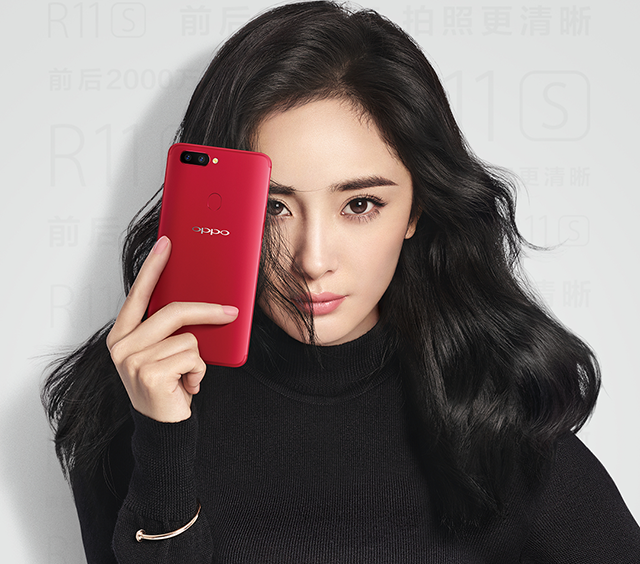 Like the R11, its upcoming improved version will be featuring Snapdragon 660, 4 GB of RAM, and 64 GB of storage. The handset has scored around 120,000 average score on AnTuTu benchmarks. Rumors have it that the company will be also introducing Oppo R11s and it is likely to feature 6 GB of RAM.

OnePlus 5T Images From Official Listing Leaked Once Again; Does it Really Exist?

Nokia 2 Launching Near, Appears Briefly on US Retailer Site