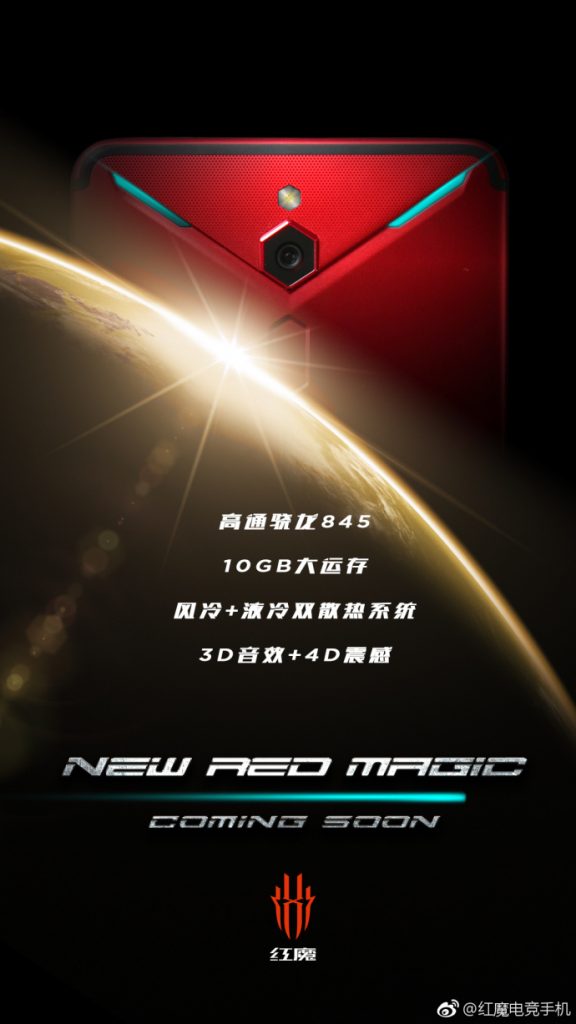 Like the Black Shark Helo phone, the Red Magic 2 smartphone will be also equipped with 10 GB of RAM. For heat dissipation, the handset will be equipped with dual cooling system that will comprise of air cooling and liquid cooling. For topnotch gaming experience, the phone will offer features like 3D surround sound and 4D shock.

The other specifications of the smartphone are under the wraps now. Its arrival may not be far away since the company has slashed the pricing of the original Red Magic gaming phone by 200 Yuan. Nubia will be launching the Nubia X smartphone on Oct. 31. It is likely that the Red Magic 2 may go official soon after the launch of Nubia X.