Xiaomi Black Shark gaming phone is the first device in this category to be released by the Chinese manufacturing giant, Xiaomi in collaboration with Black Shark. This smartphone was released on April 13th and as expected, the device sold out quickly within minutes. However, disappointments came when the company could not initiate a second batch of sales after a month. Nevertheless, the company finally announced that the second batch of this gaming phone will arrive on June 1 and the long delay was due to some financial setbacks. As at the time of the release of this device, it was available in dark night and black ash colour options. Now, Black Shark has officially announced that the Royal Blue colour variant will be officially launched at the Jingdong Mall on June 15 by 10:00 am. 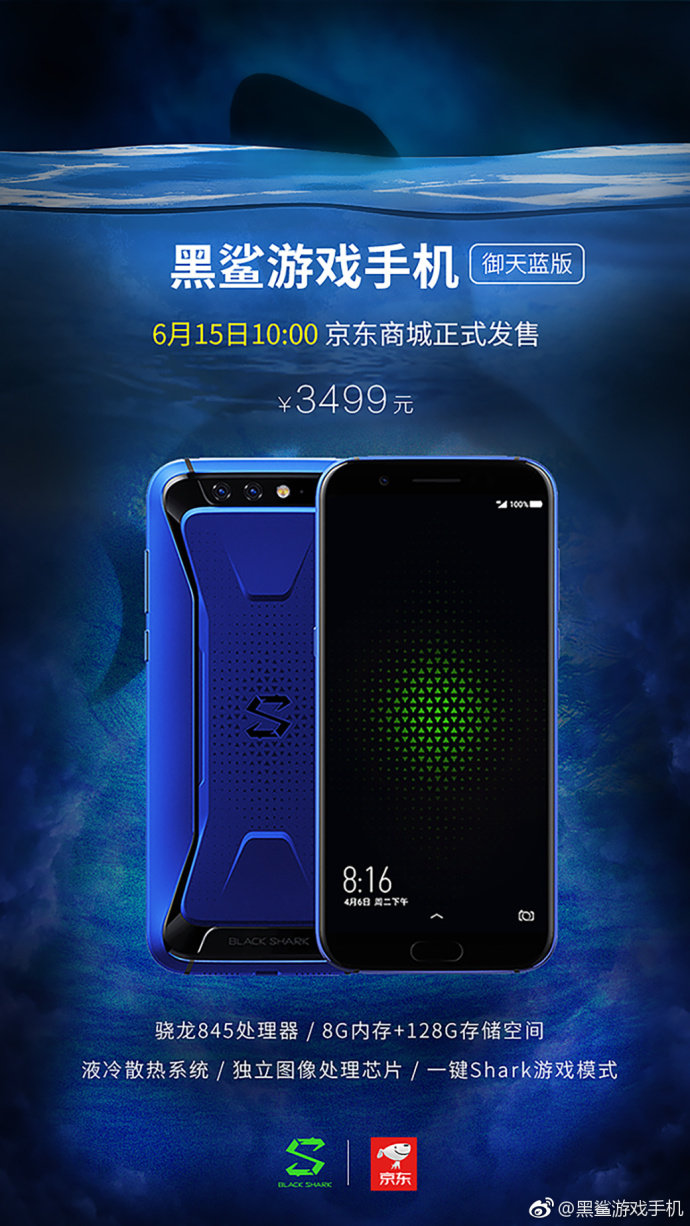 This Royal Blue version will be available in only 8GB+128GB configuration and potential buyers will have to fork out 3499 Yuan ($548) which is 500 Yuan ($500) higher than the selling price of the 6GB+64GB model. Apart from the change in colour, every other spec of this device is the same as the previously released version. It has a Snapdragon 845 SoC, 5.99-inch 18:9 IPS display, rear fingerprint scanner and a rear logo with backlit.

In addition, been a gaming phone, it comes with a solid cooling system which ensures that the heat is properly dissipated and overheating is completely avoided. This gaming phone is equipped with a 4000mAh battery which supports QC3.0 fast charging.