Samsung has officially confirmed that they will be holding their next Unpacked event in New York on August 23rd next month. Although the press invite released by the Korean company doesn’t specifically points to the Note 8 launch event, but from the blue silhouette in the shape of the Samsung S Pen, it is pretty obvious that its referring to the upcoming Galaxy Note 8. 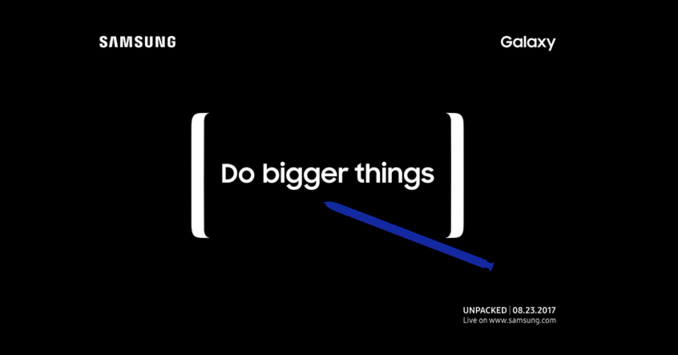 This doesn’t really came as a surprise to many of us as we’re already told by The Investor that the Galaxy Note 8 is mostly likely to be announced on August 23rd, which is proven to be true today. Coincidentally, the launch date of the Galaxy Note 8 is just a few weeks away from the purported unveiling day of the Apple iPhone 8 which will be held somewhere in September.

With just roughly one month left from the Unpacked event, let’s be prepared to be swarmed by an influx of leaks and rumors during this period.

Nubia N1 Lite Price Slashed By 67% on Light in the Box; Selling Now for $90 Only