At the previous week’s Samsung Developer Conference, Samsung had showcased the Infinity Flex Display that would be made available on its first foldable smartphone. A South Korean publication has revealed the possible release date and pricing of the smartphone

According to Yonhap News Agency that cites information from its sources claims that Samsung will be launching the Galaxy S10 flagship phones in February. It is speculated that the S10 series could go official ahead of the Mobile World Congress (MWC) 2019 in February next year.

The report also reveals that the South Korean company will be announcing its first foldable smartphone in March. The leaked information seems to be in line with Samsung’s announcement that it will be launching its foldable phone in the first quarter of 2019. The foldable phone from the company is expected to go official alongside the 5G edition of Galaxy S10. 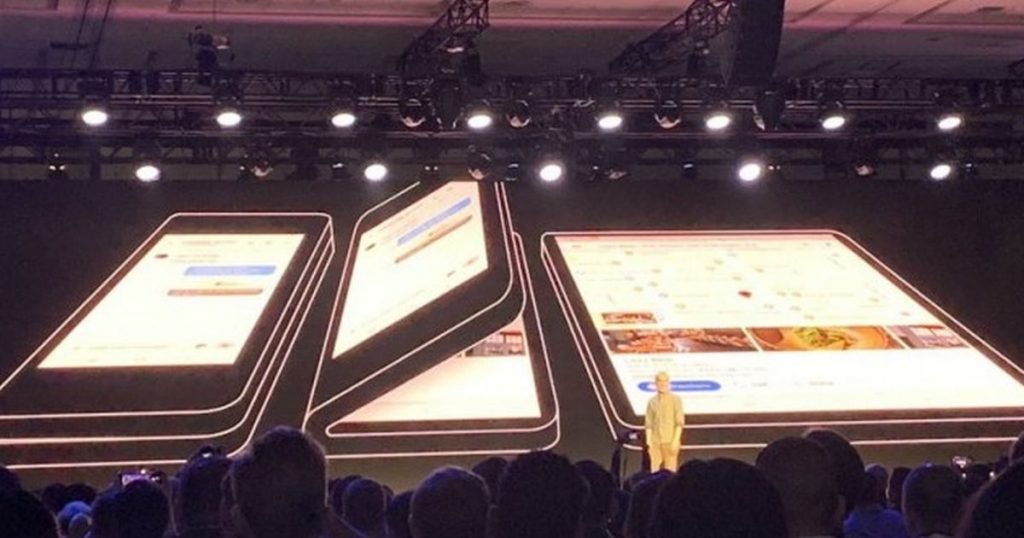 Initially, the South Korean company is expected to ship 1 million units of the first foldable smartphone. After getting announced in February, the smartphone may hit the market in the next month. Samsung is yet to confirm on the pricing of the smartphone. It is speculated to carry a price tag of around 2 million won ($1,770). The company will be selling it with a higher price tag to control its sales. The foldable phone is unlikely to carry support for 5G network.