An unknown Sony mobile phone model has appeared on AnTuTu benchmark revealing some of the specs of the device. The smartphone is simply identified by its model number G3221 and very well, the Sony G3221 recently appeared online in a UAProf data showing the device is indeed in the works. 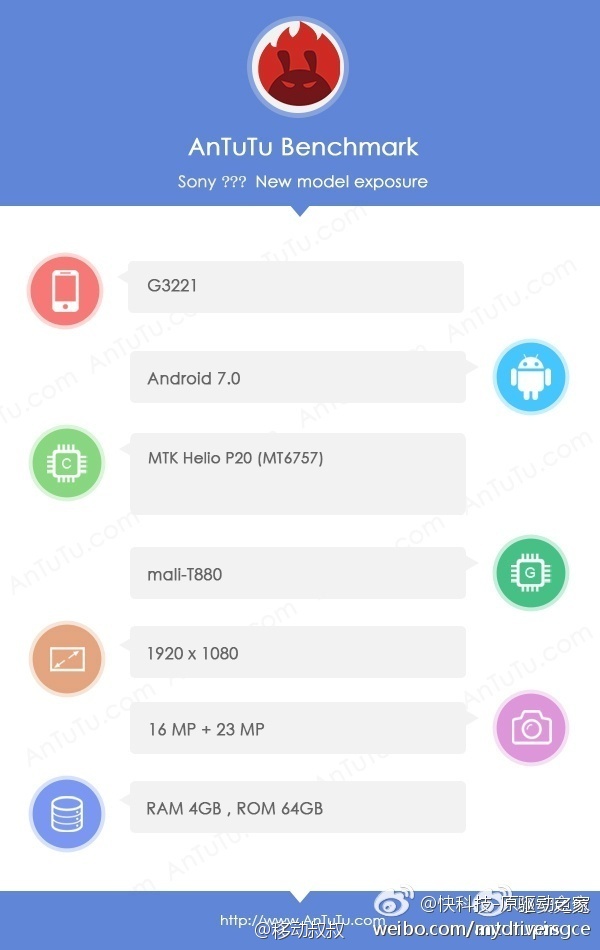 The Sony G3221 runs on Android 7.0 Nougat OS out of the box and although the display size isn’t revealed it features Full HD (1920 x 1080 pixels) resolution.The device is listed as powered by a MediaTek Helio P20 (MT6757) processor with Mali-T880 GPU firing up the graphics. The device also has 4GB of RAM and 64GB of storage space listed against it. The CPU type, model name and display resolution on the  AnTuTu data tallies with those listed on the User Agent Profile (UAProf) data which made the rounds recently. 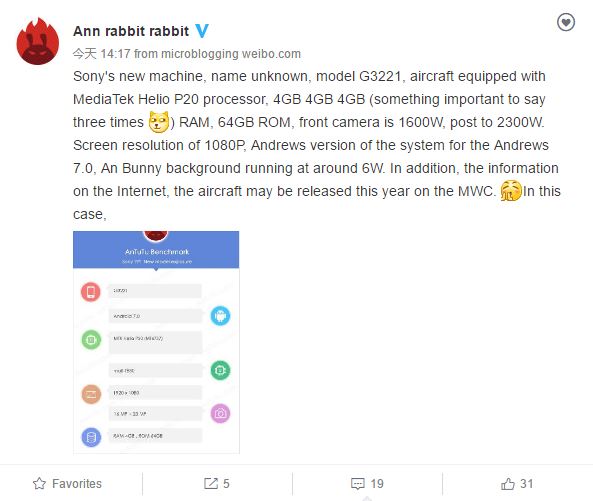 Perhaps, another stand-out feature is the camera sensors it brings with it. The Sony mobile device is listed with a 23MP rear-facing camera sensor, as well as a large 16MP front-facing selfie camera. No other detail is revealed about the Sony new machine but we hope to hear more about the device before MWC 2017. 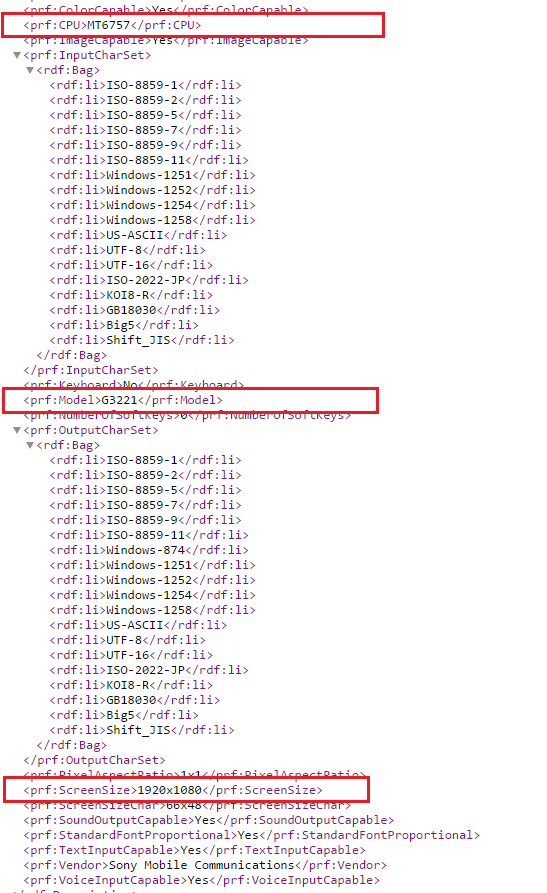 The Sony G3221 is expected to be released along with a second model at the MWC 2017 taking place in Barcelona in February/March.