Vivo will be unleashing the Vivo X20 on Sept. 20. Leaked details and renders have revealed that the smartphone would be gracing a full screen design. Spy shots of the box package of the Vivo X20 has revealed some of its key specs. 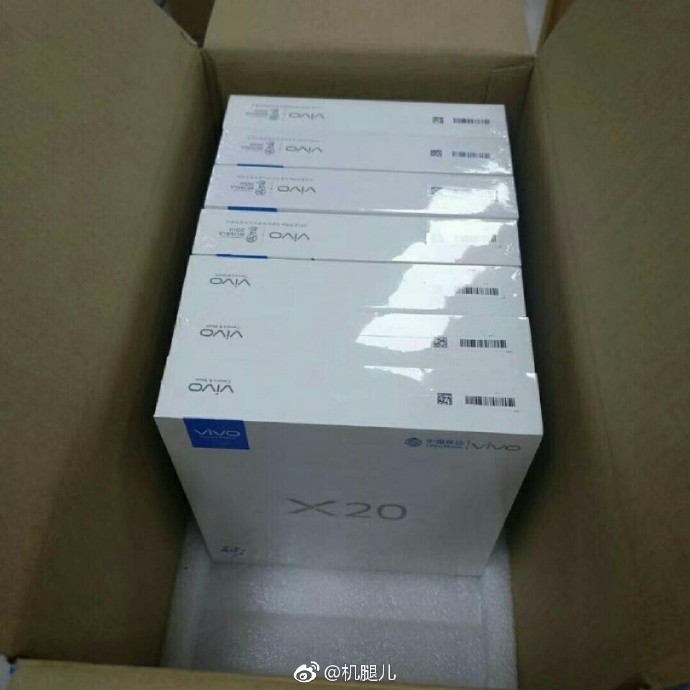 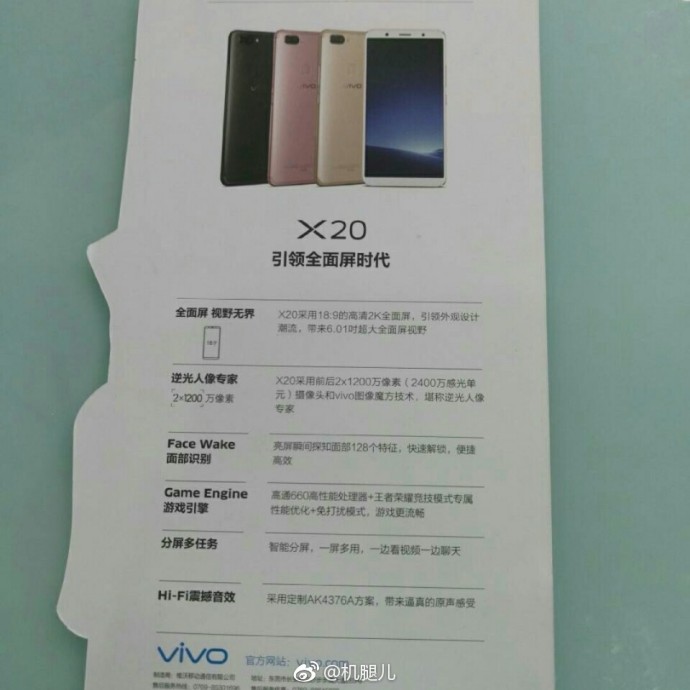 As it can be seen above, the Vivo X20 will be coming with a 6-inch display that will be support 2K resolution and offering an aspect ratio 18:9. The rear-mounted dual camera system of the smartphone is expected to include a pair of 12-megapixel sensors. The Snapdragon 660 chipset will be powering the handset.

Vivo X20 phone will also come with a feature called Face Wake that will allow users to unlock the phone by scanning their face. The handset will be also equipped with Hi-Fi audio chip AK4376A which is also available on the recently launch Vivo V7+ smartphone.

Recent reports have revealed that the Vivo X20 will be featuring 4 GB of RAM and internal storage of 64 GB. The frontside of the smartphone is expected to house a 24-megapixel selfie camera that can shoot amazing selfies. The company has confirmed that it will be debuting a Mars Intelligence Agency edition of the smartphone alongside its regular variant.

The leaked shots also revealed that the smartphone would be coming in color choices like black, pink (rose gold), gold and white. Like the Vivo X7+, it will be coming with features like Game Mode, Smart Split 3.0 and App Clone.

Xiaomi Mi MIX 2 Sold Out in 58 Seconds, Next Sale on September 19