A new Xiaomi teaser released earlier today seems to hint on a possibility of having the long rumored White Xiaomi Mi Mix being unveiled during the upcoming CES event which will kick start on 5th January this week. 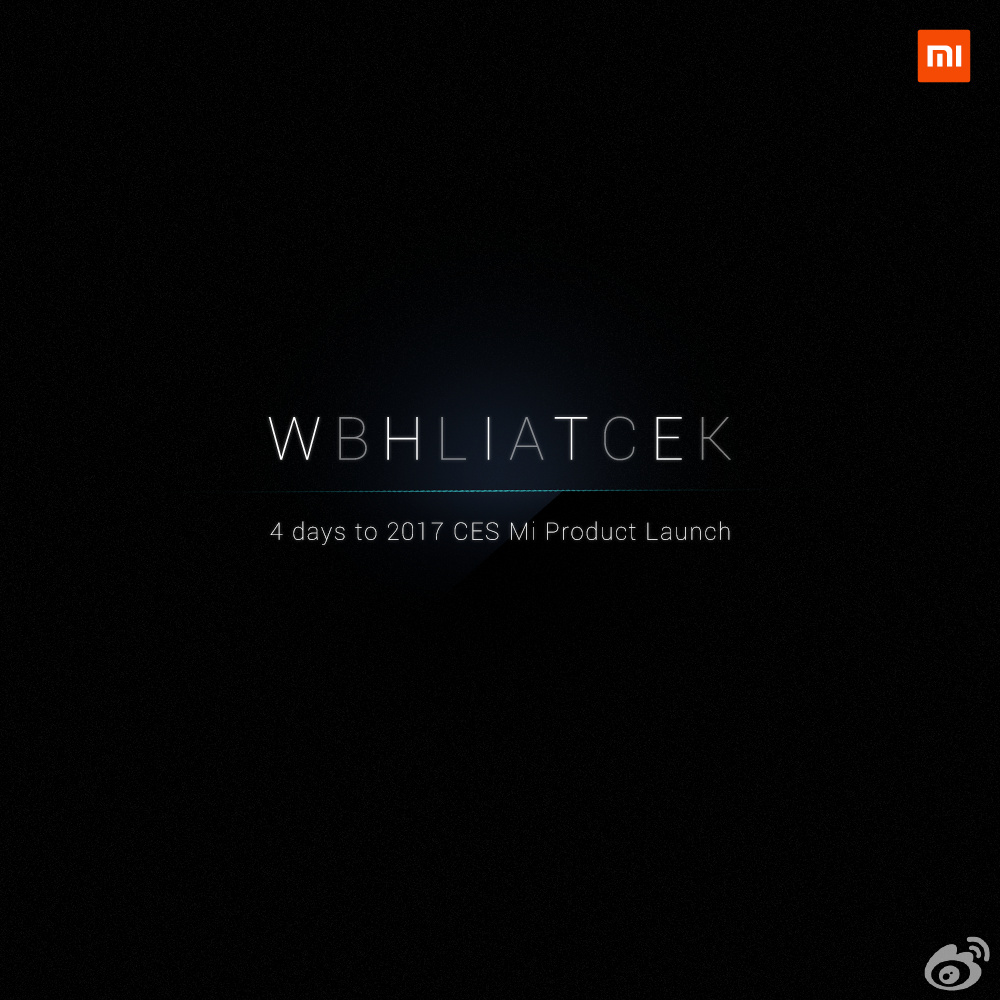 Even though the teaser doesn’t specifically reveal what kind of device, but the current chattering from Chinese Weibo seems to suggest that it could be a White Mi Mix – as the word White has been superimposed in the string of letters which read WBHLIATCEK.

Of course, this is just an assumption made by the microblogging community which could be erroneous as well so let’s not take it too seriously until the unveiling day itself! Do share with us your thoughts on what this device could be as well!

Xiaomi to unveil other devices aside from the White Mi Mix?