A new teaser released by Xiaomi today hints that the Chinese manufacturer could be unveiling other products besides the long rumored White Mi Mix which we had already seen in a couple of leaked images. The teaser released today is nothing more than a string of Chinese characters which read “Let’s see what we had did again with our creativity”. 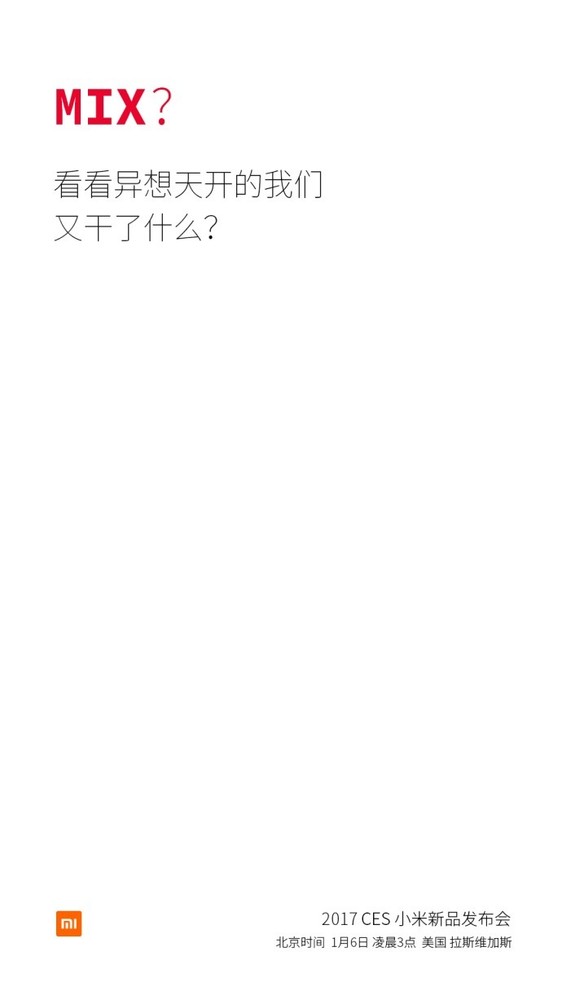 It is still up for speculations what this mysterious smartphone could be, even though there are many in Chinese Weibo predicting it to be nothing more than the upcoming Xiaomi 5C which had been already been a frequent visitor of the rumor mill for the past few months.

Whatever it is, we should be able to hear directly from the Chinese company during the CES event starting tomorrow so stay with us for more updates!