A new report out of China today has hint that the upcoming Xiaomi Mi 6 may not be coming with the 1,999 Yuan base version, and is expected to cost slightly higher this time round due to its bumped up specs. Unlike the Mi 5, Xiaomi Mi 6 will come in two versions with one having 4GB of RAM while the higher-end version having 6GB worth of RAM. 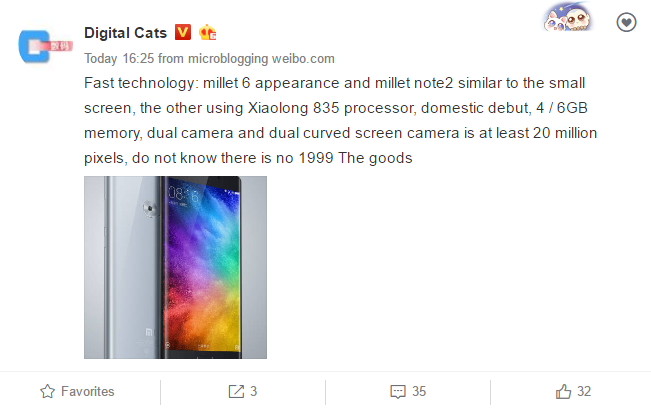 Other reasons for the heftier price tag include a purported 20MP dual-camera at the back of the device as well as the newly unveiled Snapdragon 835 SoC. However, even though its prices are touted to be raised, but reassured it will still be considerably cheaper as compared to other flagship devices including the upcoming Galaxy S8.

Xiaomi to unveil other devices aside from the White Mi Mix?