Over the past few days, there have been much chattering around Chinese Weibo about an upcoming Meizu smartphone dubbed as the Meizu Mirror which was slated to be unveiled somewhere during Q1 2017. 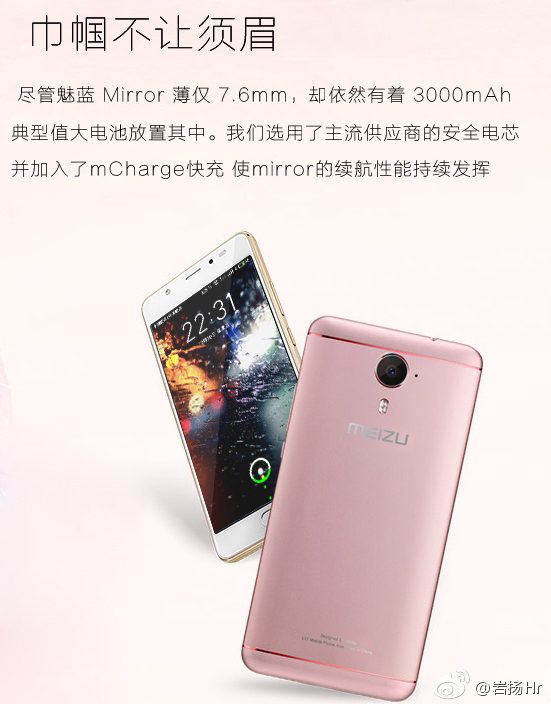 Today, an alleged render of the device had been leaked out as well, showing us its front and rear view in full glory. Along with the teaser, some of its key specs were revealed as well including a 3,000mAh battery which support Meizu’s own mCharge fast charging technology. The same teaser also claimed that the Meizu Mirror will be featuring a thin chassis at just 7.6mm.

Just in case you’d missed out, an alleged Meizu’s 2017 product road map had been leaked yesterday as well, even though it doesn’t seems to include the Meizu Mirror as part of the upcoming product.