During the ongoing 2017 World Internet Conference at Wuzen, China Xiaomi CEO Lei Jun gave out a very vital clue on the upcoming flagship phone from the company. Through his presentation titled as “Opportunities for Xiaomi in AI era.” also said the 2018 flagship smartphone will possess AI capabilities.

According to Jun, Xiaomi phones arriving in 2018 will be equipped with its new AI technology. The Chinese firm has used Adaptable AI Beauty on the camera of Mi Note 3. However, the 2018 Xiaomi phones will have AI driven apps. Jun also added the AI powered Xiaomi flagship arriving in 2018 is the worth the wait. 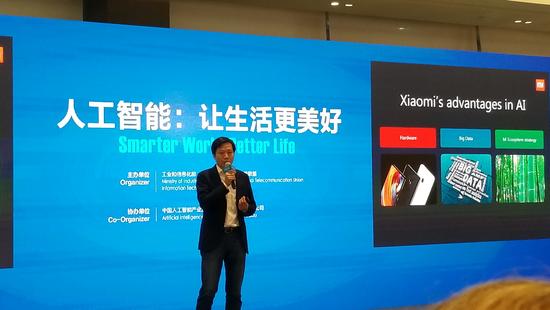 Jun did not reveal any information on the release time frame of the smartphone. However, it is speculated that he could be talking about the upcoming Xiaomi Mi 7 that is rumored to be powered by Snapdragon 845. Recent reports have revealed that it could be the first phone from the company to arrive with wireless charging feature.

In July this year, Xiaomi had released its first AI speaker. Jun added the company’s core focus would be artificial intelligence for the next 10 years. He is of the view that all the internet companies will soon become AI companies and Xiaomi too is actively embracing AI.