There have been many leaks on the design of the Mi MIX 2S. Some reports have claimed that it has a notch like the iPhone X, while some other sources claim that the selfie camera has been repositioned to top-right corner of the phone. However, none of the renders that have surfaced of the smartphone appear to be the real device. 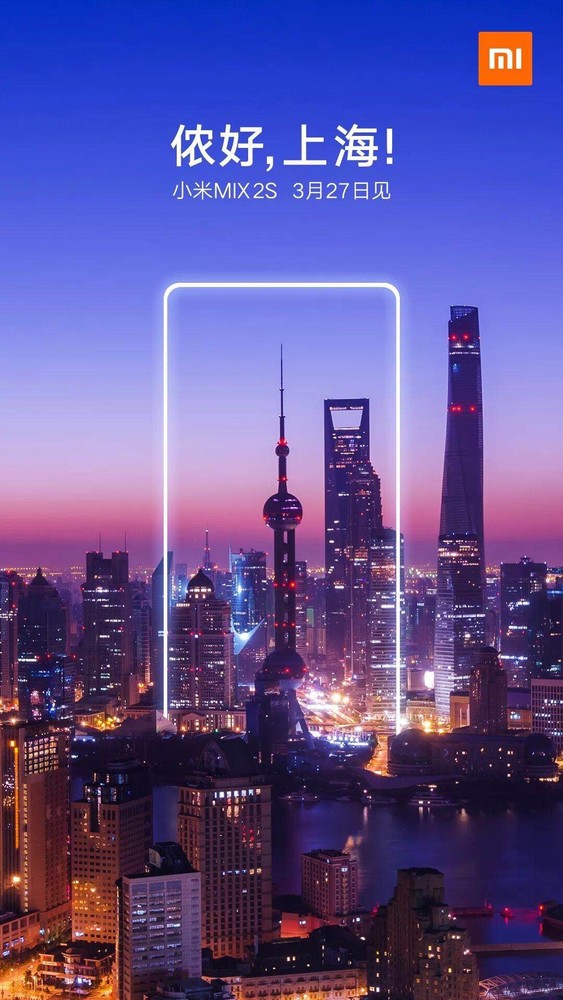 The above teaser shows that the bezels present at the top and the sides of the screen of the Mi MIX 2S are slim. The upper bezel appears too slim to house the selfie camera. This suggests that the bottom bezel could be slightly thick, and it may feature the selfie camera. Hence, the design of the phone may not be very different from that of the predecessor Mi MIX 2.

It is speculated that the handset may sport a 6.01-inch OLED display that supports FHD+ resolution. The rear side of the phone could be housing a dual camera setup and a fingerprint reader. Its rumored specs include Snapdragon 845 chipset, up to 8 GB RAM, up to 256 GB of storage and 3,400mAh battery.